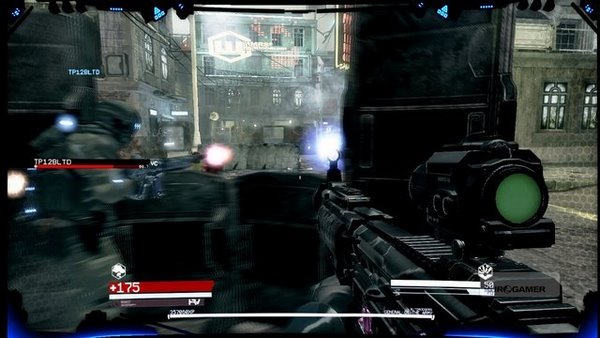 Attractive alternative for MW2 – Blacklight: Tango Down offers a cheap thrill for people who enjoy fast paced shooters. The total of 12 multiplayer maps are well-designed and remind me of the old school stationary spawn points from Counterstrike, the weapons feel sturdy and a melee attack on an enemy player’s face feels as great as ever.

Extensive load-outs – The weapon customization and leveling system are thought through and look very solid at first glance. Of course, I haven’t leveled up to the max just yet. The promise of those trillions of weapon combinations is still far ahead, but reaching level 5 has already rewarded me with a bigger variety and a lot more powerful set of weapons.

Wall hacking is OK – Remember those wall-hacks from early shooters like Medal of Honor: Allied Assault where you could look through walls and see other players? Blacklight: Tango Down turned it into a feature called ‘HRV’, letting you spot nearby enemies but also blocking your ability to shoot. I enjoyed the feature for the way it totally destroys any player’s chance to stand still for more than a second, and totally removes the problem of camping the game’s stationary spawn points on the opposite side of each map. 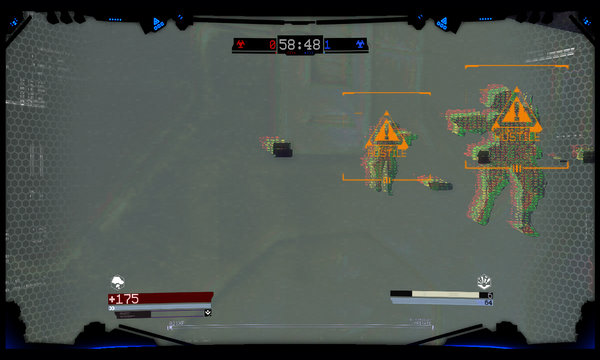 Bad Coop – The promised and heavily promoted four level coop is a joke. There’s no split screen option, the enemy AI is no challenge at all and the game play is reminiscent of how first person shooters worked a decade ago. You can skip this feature, it’s not what Blacklight is about.

Interface issues – The weapon attachments are only described by small icons, aren’t named or have any descriptions. Every time you change your weapon’s attachments, the only way to see how the attachments work is by looking how they affect the overall weapon stats. You can’t expect people to understand the effectiveness of ‘trillions’ of weapon combinations through small icons.

Slow matchmaking – Being polished and all, the game still seems to have problems letting you find servers to play in. I hope Ignition Entertainment can fix this issue with a patch and does some more promotions to grow the game’s user base fast while they’re at it. 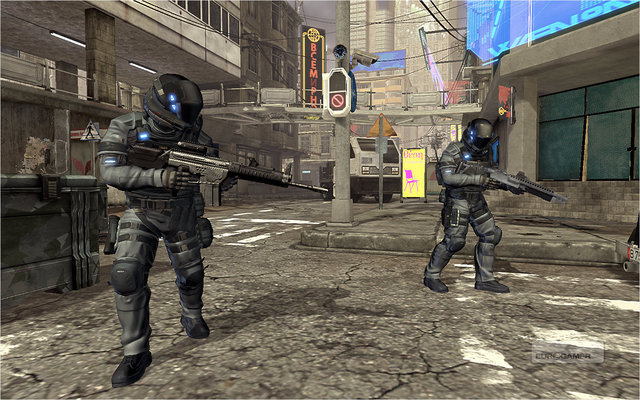 For it’s moderate pricing, Blacklight: Tango Down packs a hell of a punch for a downloadable multiplayer shooter. The extensive customization, game play changing HRV wall hack feature and great level design  make it a title definitely worth checking out.