Price – For 80 Microsoft Points almost anything is worth a try. This is one of those games that makes players feel like the cost does not outweigh the pay off. It’s bite sized pinball for a bite sized price.

The Concept – Planet Pinball has a great idea driving it. SPACE! This is a concept that shoots right to the childhood years for lots of people. Black holes, meteors and rockets have always been intriguing things. Planet Pinball takes you back to your golden days.

Controls –Fast, responsive controls are needed in pinball games, and Planet Pinball is spot on for its money. The button response is spot on and for once a pinball game ha a directional tilt that’s worth using. 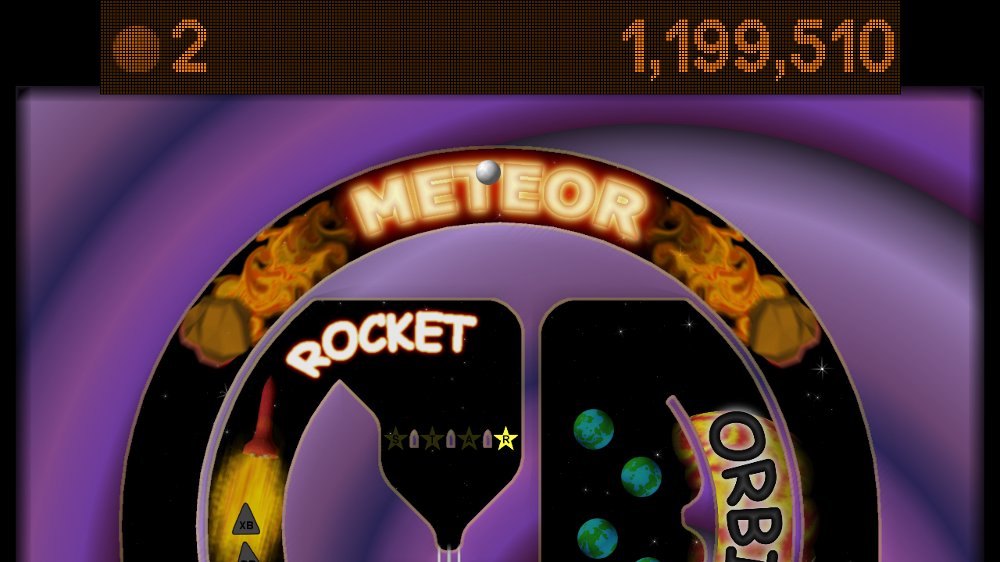 Variety – There’s none of it to be found; it’s just the balls, two paddles and one table. Sure, this game only costs 80 points, but if there’s just not enough variance to keep players coming back. It needs something even as small as a second skin for the table, and it’s just not there.

Gravity – Not sure what is going on here at all. Sometimes the ball reacts as expected, a heavy, metal bead;  other times it reacted as if though it was one of those rubber super balls. Hitting the same ball with the same paddle at the same speed and angle time and time again the player should be able to predict the outcome to some certainty. Not here, the reaction to player input isn’t consistent. Another issue is that the ball seemed lighter as it traveled around the board; it sometimes seemed to float instead of roll. So overall Planet Pinball isn’t a horrible game but there’s only get a few hours of fun to get out of it. Eventually it will just start to feel repetitive and even frustrating at times. With only a few small goals in place and little to no consistency to the way the ball reacts to anything there is little here to draw players in. It’s a great start to a pinball game but still falls just short of the marker.
Score:  Skip It