Looks like February will be a good month for indie games, with seven new games recently confirmed for release on the Xbox One. Of those games, three of them released today and are available now for purchase through the Xbox store. Details and trailers below.

Want to battle your friends to see who is the best dad (by very low standards)? Well then Dad Beat Dads from Stellar Jay Studios might be the game for you. A local multiplayer game, Dad Beat Dads lets you pick from multiple stereotypical dad characters and has three game modes. In Smash N’ Grab, you punch a dad and steal his baby. Diaper Sniper is a one-hit-kill game mode where you try and hit other dads with a brick wrapped in a cloth diaper. And, Corporate Ladder is where you battle the other dads to the top while grabbing all the cash you can along the way. If there are no other dads around because it is their night to watch the kids – don’t worry, Dad Beat Dads can also be played single-player against AIs.

Krinkle Krusher – Now available on Xbox One for $9.99

A tower defense game from Illusis Interactive Graphics, Krinkle Krusher has players casting spells to defend their castle and its delicious smelling cake from the evil, sweet-toothed krinkles. This game is fast paced and requires the player to constantly be casting one of five elemental spells: fire, ice, water, wind or fire.

If you’re getting bored with lining up pieces of candy on your phone, then move on over to your Xbox One and play the match-three game, Marvel Puzzle Quest: Dark Reign from Demiruge Studios. Adding a new twist to the classic matching puzzle game, Marvel Puzzle Quest lets players pick a team of three Marvel characters with different power-ups to help them along the way. This game can be played locally or against friends in online multiplayer.

In Factotum 90, a twin-screen robotic puzzle game from TACS Games, your spaceship collides with something while in orbit, shutting down your power and leaving you trapped. The only thing available on the ship to help you escape is two insect-looking robots called walkers. Players must use these walkers to navigate through thirty levels of puzzles to restore the power, turn back on life support and figure out what caused the collision in the first place.

A remake of the classic D/Generation from 1991, this HD version from West Coast Software is set to release next week on the Xbox One. D/Generation is an arcade adventure game that follows the story of a courier who is asked to deliver a package to Genoq – a company specializing in genetically engineered bioweapons. Upon entry, the door locks behind the courier and he is forced to battle the bioweapons and solve puzzles to find the lead scientist (who has also been trapped) and escape.

The newest game in the TRON franchise, TRON RUN/r from Sanzaru Games, is an action-adventure runner where players will travel along the bright neon colors TRON is known for while performing tricks, battling enemies and collecting rings to rack up points. The game features 32 levels and two game modes: Disc and Cycle.

Tiny Troopers Joint Ops – Releasing February 26 on Xbox One for $9.99

A twin-stick arcade shooter originally developed by Kukouri Mobile Entertainment, but with Epiphany Games handling the Xbox One version, Tiny Trooper Joint Ops has players controlling tiny military men as they take on a variety of enemies using different weapons and specialist soldiers. The Xbox One version will feature over 60 maps, a brand new soundtrack and the new and exclusive Zombie Wave Maps where players battle through the desert as the dead close in on them. 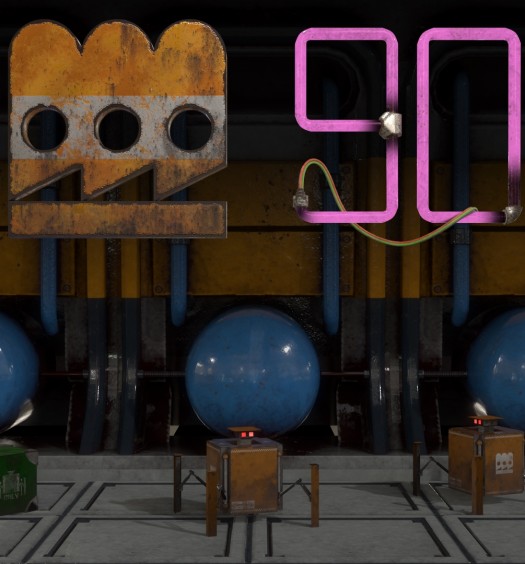 Read More
Factotum 90 review: Two screens are better than one