New details on Burnout Crash have surfaced. We can now confirm that the game is being developed by none other than Criterion Games, daddy to the Burnout series. We speculated back in April that this would be an Xbox Live Arcade title, and we can finally confirm that is. But don’t expect this to be the Burnout you know and love. This one looks to be a top down vehicular havoc game in the spirit of the Flash title Roadkill Revenge. “Burnout CRASH! is a crazy mix of pinball and game shows,” said Richard Franke, Creative Director.

The game will make use of the Autolog feature found in 2010’s Need for Speed: Hot Pursuit. The feature will be used to complete challenges between friends, and presumably to gloat as well. But we’re trying not to be disappointed. As much as we like to see developers try new things we were hoping for something akin to Burnout 3 or Burnout Revenge. Still, it’s best not to judge a game before it’s in our hands, and Criterion has never let us down before. We’re remaining optimistic. Burnout Crash hits digital shelves this fall. Hit the jump to see the new screenshots and read the press release.

GUILDFORD, UK – July 7, 2011 – Traffic got you down? Blow it up! Criterion Games, an Electronic Arts Inc. (NASDAQ: ERTS) studio, today announced Burnout™CRASH! The next instalment in the internationally acclaimed Burnout series will explode onto Xbox LIVE® Arcade and PlayStation®Network in Fall 2011.Criterion Games has gone back to its roots with Burnout CRASH! by bringing the series’ fan-favorite Crash mode to the forefront, adding new top-down gameplay, exciting features and Autolog to let players compete with their friends while embracing their road rage.

In the game, players are rewarded for causing traffic chaos by crashing into cars, triggering explosions and destroying everything in sight. Powered by the acclaimed Autolog technology, players will be able to connect, compete and compare high scores to earn the master of disaster crown, as well as use the all new Autolog Challenges feature to go head to head with their friends.

“Burnout CRASH! is a crazy mix of pinball and game shows,” said Richard Franke, Creative Director, Burnout CRASH! “We’ve evolved the core gameplay which everyone loved about Crash Mode, and expanded the whole experience using music, style and Autolog to create what we feel is the most mindless fun you can have on any gaming platform.”

Burnout CRASH! packs countless hours of reckless chaos into an easy to pick up, but difficult to master gameplay experience. There are three explosive game modes available across 18 crash junctions in six unique locations, each requiring different skills and strategies to maximize damage and destroy everything in sight. With a variety of player vehicles to unlock, high-value targets to seek and destroy, and crazy surprise features to discover, players will be hooked on an adrenaline-fuelled rampage to the top of the Crashwall.

Burnout CRASH! is also EA’s first Xbox LIVE Arcade title to feature a game mode designed exclusively for Kinect™ in which two teams use gestural controls to play on one television in a party battle! For more information, please visit www.criteriongames.com. 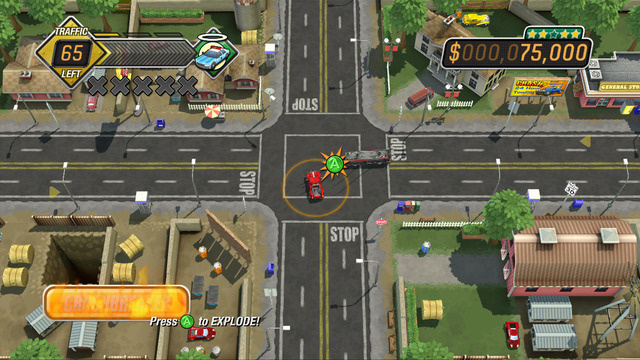 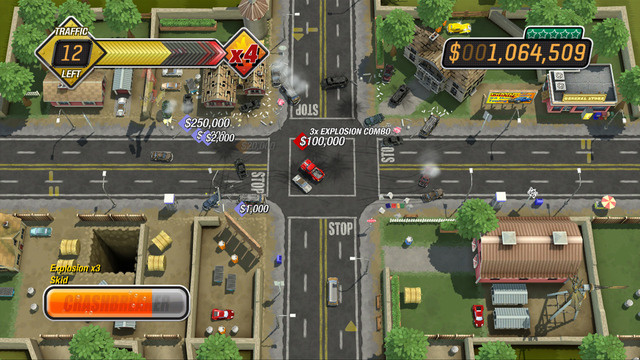 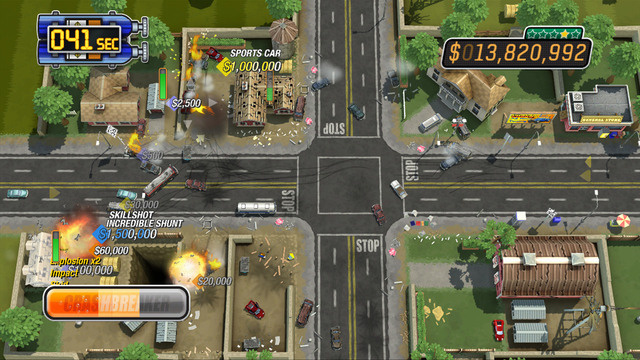