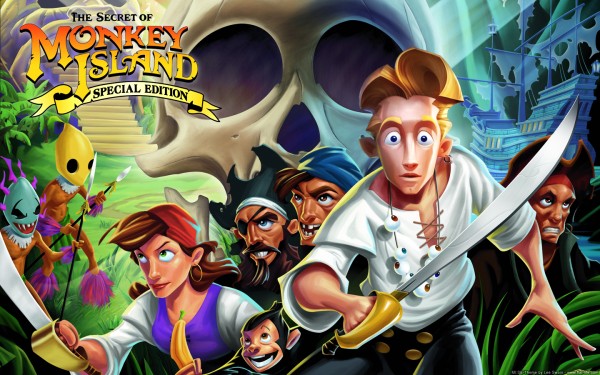 A while back the remakes of two of the greatest adventure games hit Xbox Live Arcade. Soon the special edition versions of The Secret of Monkey Island and LeChuck’s Revenge will be available on a single physical disk. They will be packed with all of the features of the downloadable versions, but will include concept art, a remastered soundtrack, and, the most amazing of all, the concept art and storyboard of the canned Monkey Island movie. The bundle will be available September 9, 2011 in Europe, but no word if or when it will be released in the states.