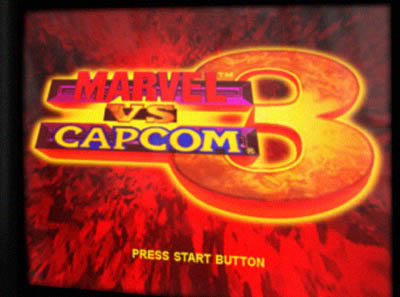 Marvel vs. Capcom 3 was always coming

Despite what Capcom said a year ago about the potential for a new Marvel vs. Capcom being based on MvC2, it was revealed that the process actually began in the summer of 2008. While this may seem like an obvious deception on the part of Capcom, you never know how games of this nature will turn out. There all multiple licensing issues involved when dealing with a variety of characters from different backgrounds and a good amount of negotiating that goes into picking the roster (see Tatsunoko vs. Capcom for reference).

Either way, we get what we want. In the unlikely event that MvC2 did poorly, MvC3 was still in the works. Fortunately, Capcom takes pride and respects the fighting genre they helped pioneer and has delivered consistent quality for hardcore fighter fans and those new to the genre. As reported earlier, the MvC3 lineup will be extensive with over 30 characters to choose from. The recent reveal that this game has been in development for two years now just shows the time and effort Capcom puts into their product. I think we can forgive Seth Killian for telling a white lie back then. All we care about is that we get the best game possible. We expect (and will settle for) no less from Capcom.