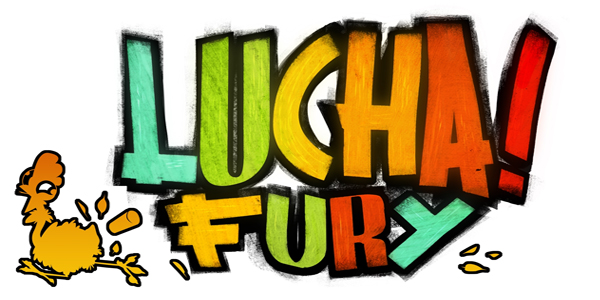 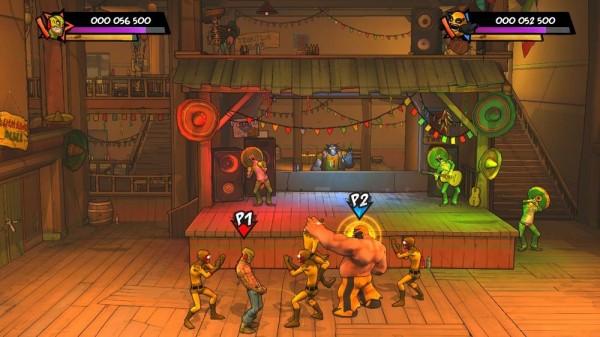 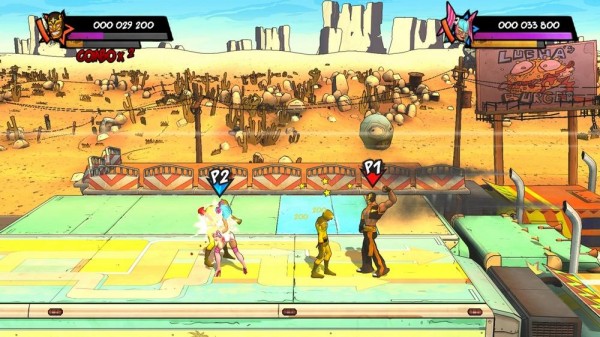 Vivid world – The environments in Lucha Fury are just gorgeous. From the bright colors to the cel-shaded characters everything has a certain charm to it. The game changes things up from the standard “go right” mechanic of the brawler by adding sequences such as fighting atop semi trailers (as seen above). It’s a nice touch that keeps things fresh. Clearly the team over at Punchers Impact has some very talented artists.

A lovable poke at hispanic culture – At first glance it may seem like the French development team has it out for hispanics, but within seconds of actually diving into the game it’s clear that this is a love comedy written to a culture they admire. Everything from the wrestlers to the background environments speaks of respect. It’s an odd combination; in a way they’re sort of roasting lucha libre, but you never feel that way. In fact it makes you want to go see it for yourself. We don’t know how they pulled that off, but it’s brilliant.

Great multiplayer – While the game has its weak points, clearly it was built for four friends to play together. Like Castle Crashers the game kicks into overdrive when friends join in on the fray. Players can execute team moves to defeat opponents as well. While multiplayer is limited to the couch it still stands as something that’s great for a game night for four friends. 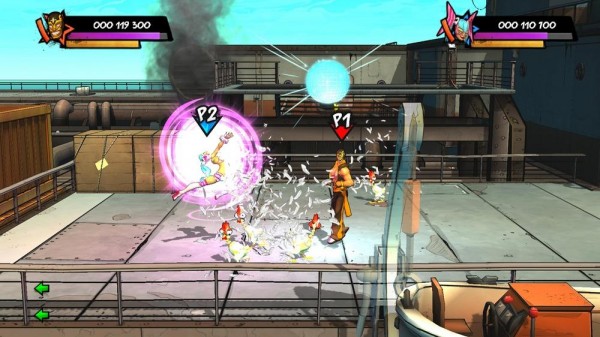 Sluggish combat – The absolute worst drawback to the game is the snail’s pace that the moves are executed in. This makes playing as some characters almost impossible. When the combat system works it’s simple-yet-brilliant, but all too often the animations and chaining of combos is just too slow. New moves can be unlocked as the game progresses, however they take too long to unlock; players will already be into button mashing mode by the time they get the more powerful moves. Long story short the moves need to be faster and specials need to unlock earlier in the game.

No online co-op – Brawlers should always have multiplayer, and Lucha Fury does. But unlike the early days of brawlers we have large group of adult gamers that can’t just drop everything and go to a friend’s house. So many who love this genre are busy with college, have a career, have a wife and children, or any combination of the three. Sometimes online play with a friend they can’t readily get to is one of the few escapes left. 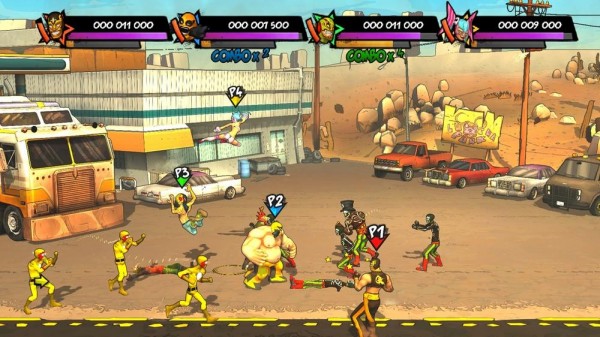 Lucha Fury is one of those games that’s clearly a labor of love by its developers. The problem lies in its combat system, which can at times be too sluggish. If the developers are reading, please consider releasing a patch to increase combat speed. Doing so would bring this brawler back to par with classics like Streets of Rage and Final Fight. As it is now it’s like driving a beautiful sports car with slow acceleration. Once you get used to it you can still have tons of fun, but the initial letdown may drive you not to buy.