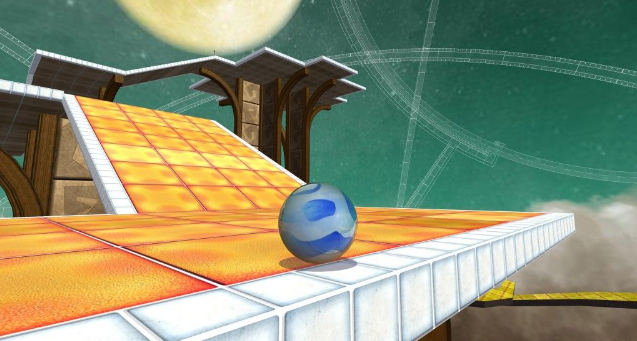 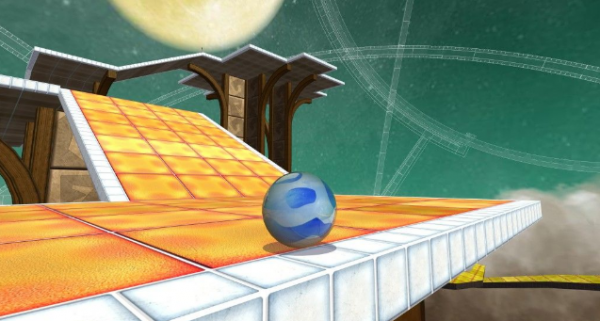 Perhaps one of the most beloved classics for marble game fans was the game that put it the genre on the map way back in December 1984, Marble Madness. The game originally released to arcades that holiday season, but most players fondly remember using their gamepad to play the Nintendo Entertainment System port some five years later. It featured several unique ideas such as downhill racing, various hazards and terrain types, and two player simultaneous multiplayer. Fans of the genre can still enjoy the game thanks to various emulators running on anything from a web browser to and Android-based phone.

Bring on the monkeys

It still surprises us to this day that the first popular 3D marble game used monkeys inside the balls instead of hamsters. When was the last time you saw a monkey inside a ball? The original Monkey Ball first released in arcades in 2000 and now has a whole series of games that span multiple platforms. The series added new gameplay elements such as collectibles and circuit races while switching the camera to a third person view. The games are still very popular, but none have ever been released on the Xbox 360.

GarageGames decided to throw their marbles into the ring in 2002 with Marble Blast, a game which took the overly frantic gameplay of the Monkey Ball series and toned it down. Gone were the crazy camera angles. True marbles replace replaced monkeys trapped in balls. Fruit and other pickups were simplified to pickups which gave the marble different abilities such as super speed and the ability to survive long falls. The game would later be ported to the original Xbox via Xbox Live Arcade, and a home computer version would also be released as Marble Blast Gold. These would later prove to be the base for the Xbox Live Arcade game Marble Blast Ultra and the iOS-based Marble Blast Mobile.

Shortly after the Monkey Ball and Marble Blast series were launched Raptisoft games emerged on the scene with a game that had the throwback gameplay of Marble Madness. Entitled Hamsterball the game featured the isometric-style camera and white knuckled gameplay of its hero. Now rendered in true 3D with superior physics players who wanted a spiritual sequel to Marble Madness had it.

Everything about Hamsterball paid homage to the most classic of marble games — it had the same pacing, similar traps and pitfalls, and two player simultaneous play. New was the versus mode where players attempted to knock other players into hazards, traps, or simply off ledges to score. The game was ported to Xbox Live Arcade on the original Xbox in 2005. A PlayStation 3 port was released in 2010 via the PlayStation Network which added additional levels and all new Monkey Ball-styled levels with a chase camera.

So what do we play now?

It’s tough to recommend one particular marble game over another — each is unique in its own way. For those looking for a Marble Blast Ultra replacement there are only a few options, none of which are on the 360. The PlayStation 3 version of Hamsterball features some chase camera levels, but these follow suit with the Monkey Ball games which tend to be more erratic than Marble Blast.

PC players can download the original version of Hamsterball via the developer’s website. Another alternative is Spectraball which is available via Steam, which looks to offer similar gameplay, but from a different perspective. In the end there just aren’t any strong alternatives for the Xbox 360. It’s now a genre that has a dethroned king on XBLA, and one that could easily have several competitors cash in on the success of Marble Blast Ultra.