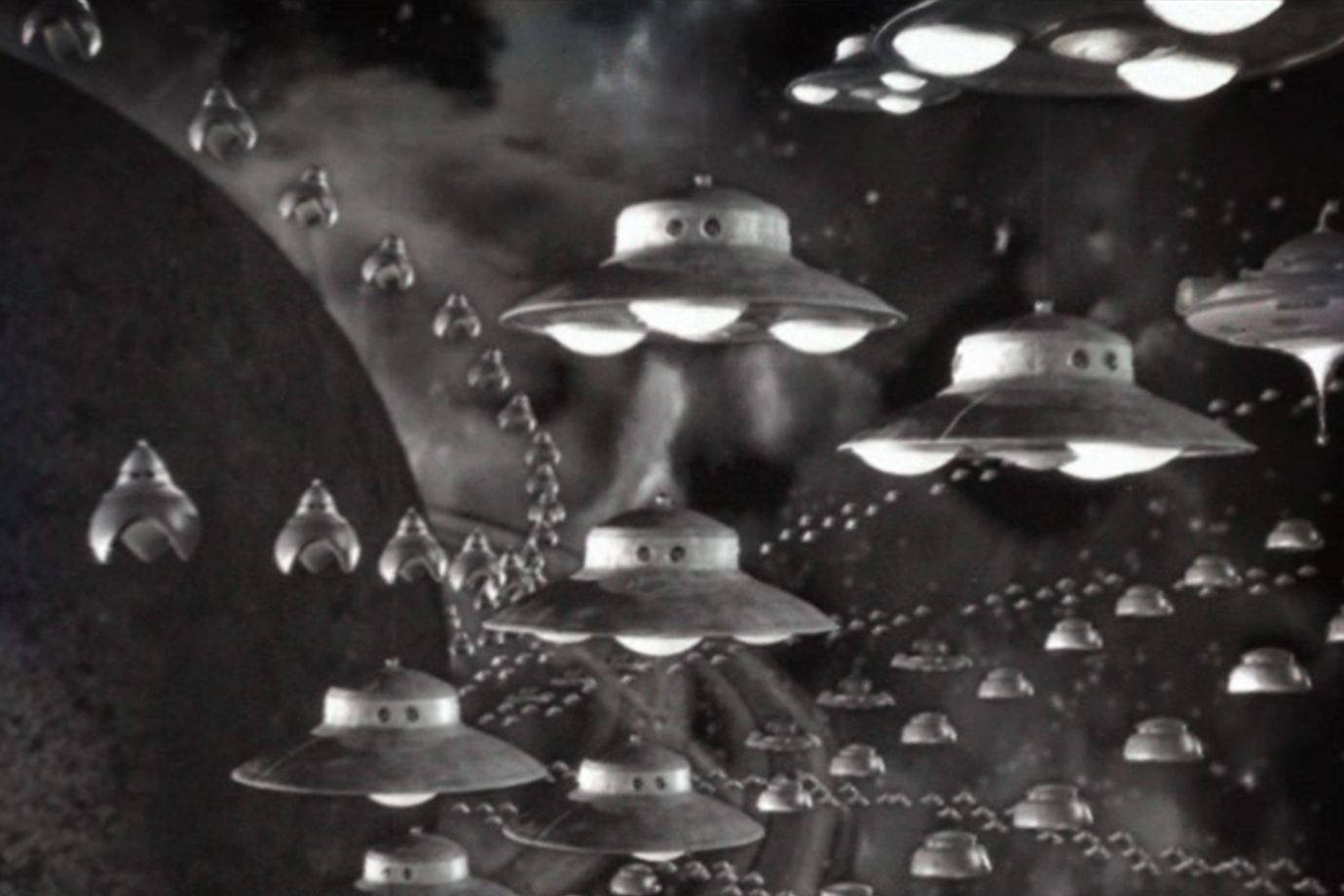 Hearkening from the campy 1950’s era of science fiction comes a new Xbox Live Arcade title, Unstoppable Gorg.  To be blatantly honest we really know very little about this game. What you see here and in the press release after the jump is pretty much it. No gameplay videos, no list of features. Truthfully it’s a bit frustrating, but that’s part of advertising sometimes. We’ll hold off any judgments until we see some in-game footage.

PRESIDENTIAL BRIEFING
Futuremark Games Studio presents Unstoppable Gorg, a thrilling new space defense game coming to PC, Xbox LIVE Arcade and iPad. In Unstoppable Gorg you defend our solar system from the relentless march of a fearsome alien race by sending satellites into orbit around planets, moons and space stations. Unlike other tower defense style games, in Unstoppable Gorg you can move your satellites even after you have placed them. When the Gorg armada attacks you can move your satellites around their orbits to best defend against each wave, a convention defying mechanic that brings new vitality and interaction to the tower defense genre.

PROPAGANDA
Jaakko Haapasalo, Director of Defense at Futuremark Games Studio tells reporters, “With Unstoppable Gorg we have been inspired by classic sci-fi films to create a game of flying saucers, rubbery aliens, dodgy effects and earnest heroes. Unstoppable Gorg builds on the core tower defense mechanics that fans love while shattering the genre’s conventions to provide exciting new experiences.”
Michael Zolna, Minister of Information at Headup Games further adds, “We are very pleased to continue our successful cooperation with Futuremark Games Studio. Unstoppable Gorg is a highly original tower defense style game with a novel sci-fi setting that will teleport the genre into unimagined territory.”
PLANET X – ASTONISHING DISCOVERY OR UNIMAGINABLE THREAT?
Planet X was hypothesized in 1906 by Percival Lowell, the astronomer infamous for popularizing the “canals” of Mars. Lowell figured that a new planet beyond Neptune would explain the discrepancies in the orbits of the outer gas giants. The search for the mysterious Planet X continued even after the discovery of Pluto in 1930.
The breakthrough came in 1951. A deep space survey ship discovered Planet X far beyond the orbit of Neptune. Even more astonishing, the planet was inhabited. Ships were sent with Earth’s greetings yet as they neared the strange planet the Gorg launched a vast armada, thousands of flying saucers on a direct course with Earth destroying everything in their path.
COUNTDOWN TO CONFLICT
Unstoppable Gorg, developed by Futuremark Games Studio and published by Headup Games, will be available for PC, Xbox LIVE Arcade and iPad.
SUPPORT OUR TROOPS – JOIN THE DEFENSE
Spacewire http://www.unstoppablegorg.com
Spacebook http://www.facebook.com/unstoppablegorg
Surveillance http://www.youtube.com/user/futuremarktv
Telegram service http://twitter.com/futuremarkgames