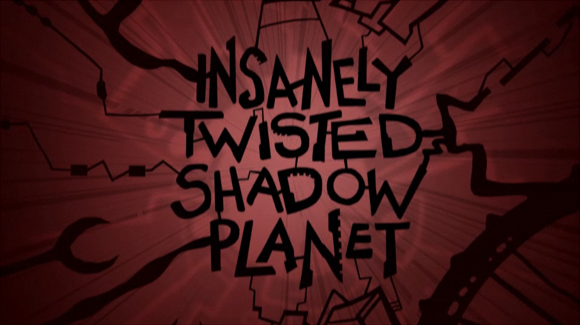 One part Metroid, one part Limbo, one part 60 frames per second and everything dark and mysterious… that’s what makes Insanely Twisted Shadow Planet (henceforth ITSP), fourth in the lineup for this year’s Summer of Arcade promotion. Until Comic Con it was assumed that ITSP was to be a single-player-only experience, one that earned “Best of Show” at E3 from us here at XBLAFans for its bold visuals, inquisitive gameplay and multiple approaches to progressing through levels. But the single-player-only assumption was just that: an assumption. ITSP will feature a four-player cooperative (couch, online and any combination of the two) game type called Lantern Run.

In Lantern Run, up to four players take their ship on an intense escape excursion from the lantern monster, a dark being of untold power and tentacle-wielding ferocity, while holding onto their lanterns for light, safety, and a dose of color. Each player has his/her own lantern, the claw and blaster tool, and an open slot for tools that can be picked up throughout each round. The mode is endless and grows in difficulty rather rapidly, initially involving simple enemy dodging and large fights with basic monsters, then graduating to cooperative physics puzzles requiring much coordination between players and difficult fights. Upgrades are deployed along the way to help scale with the difficulty.

Lantern Run is all about the points, so no matter how cooperative the game gets, it’s every man for himself to score individual points. The distance traveled is recorded and factored into a team score at the end of each run. For play to continue, at least one lantern must exist, but lanterns aren’t player exclusive; for each lantern players touch, they gain points, making Lantern Run a genuine cooper-tition. When it’s down to one lantern, the other players watch helplessly as another player’s score skyrockets. If the lantern monster catches up to a lantern, he gobbles it up.

In XBLAFans’ playthrough with Fuel Cell CEO Joe Olsen, we made it 1004m. At the beginning of the match we each got to pick from a nice variety of colors—for the record, we were cyan and he was green. Initially following the same paths and taking on the same responsibilities worked great, but our inexperience meant a gobbled lantern fairly early on. The effect is exhilarating… As the monster encroached on our unassuming ship, darkness surrounded and consumed the screen, so we abandoned the lantern and continued on with just one. 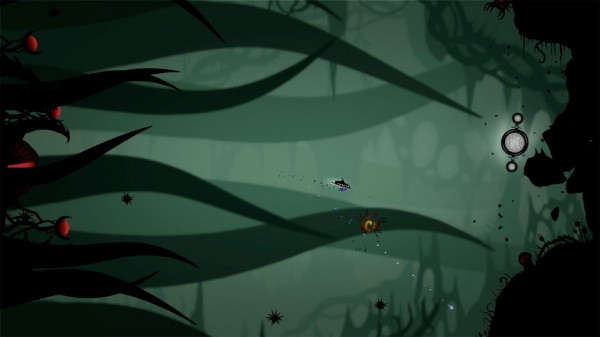 Up until that point, things had been fairly basic, some movement-related puzzles, shoot a bunch of rather rude spikey fellows, dodge some bullets here and there. At the end of each arena fight, a powerup would spawn that changed every couple of seconds and we were free recover it as the monster was well behind us. To continue, we had to move several boulders before moving on. However, after losing that lantern (500m in or so) we started seeing much more challenging puzzles. A tentacle with a zapper on the end would snag the lantern making it almost impossible to move. At the next arena, the monster was too close to get the powerup, increasing our yelling and panic level red to Defcon 4.

ITSP was already a solid game slated to take anywhere from 6 – 10 hours depending on how much exploration is used—Joe said if players simply blaze through it as fast as they can, they’ll clock in around six hours. Lantern Run mode rounds out that experience. While the single-player will apparently feature some of the intenseness and sheer panic exhibited in Lantern Run, it’s a much more evenly paced explorative puzzle experience. Lantern Run matches it perfectly, with tons of decisions per minute, constant encroaching doom, and cooperative puzzle-solving. Look forward to this mode to give ITSP some longevity and replayability when it drops August 3rd.