Infinity Danger was developed by Milkstone Studios. It was released March 22, 2011 for 80MSP. A copy of the game was provided by the publisher for review purposes. 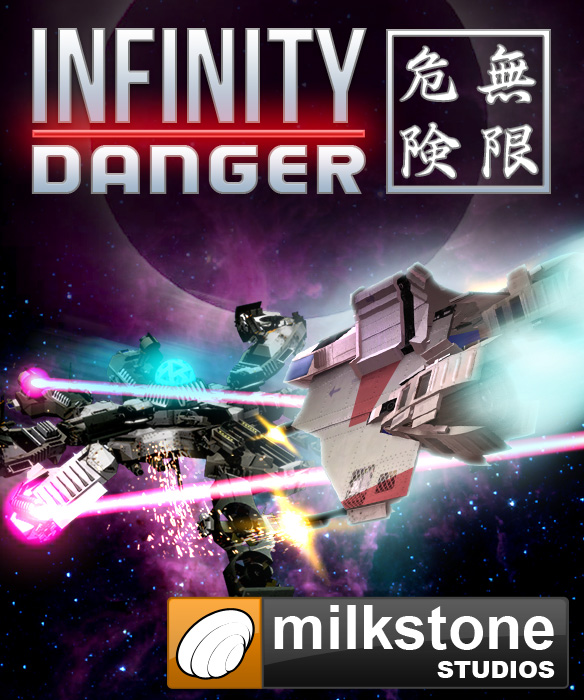 As any shmup (shoot-em’-up) fan will likely agree, the best part of any shooter is the boss battle.  In a “bullet hell” shooter, with an obscene amount of bullets coming at you from different angles and various speeds, this is even more so.  So why not cut through those boring levels and skip right to the boss?  How about we also make that boss change their tactics every time?  Ok…you’ve got my attention.

Good Control – Dodging all these projectiles gets increasingly hard and your screen real estate decreases as the enemy gets larger and more complex.  Thus, it’s good to have responsive and tight control over your ship.  This game eliminates a potentially fatal flaw and has decent control, leaving the focus on shooting and dodging rather than compensating for any inaccuracies.

Simple yet challenging – This game isn’t deep.  It’s a boss fight.  Then it’s a bigger boss fight with more guns.  Repeat.  But every battle is still different.  The next boss in sequence has weapon system that is a direct response to how the previous one went down.  You may begin to think it even knows your weaknesses…just like Skynet.  It doesn’t matter how good you are, it eventually takes you down.  The real challenge is lasting as long as possible.

Bullet.Hell. – The genre is self explanatory.  A hellstorm of bullets fill the screen and players try to navigate through them safely.  This type of gameplay is a long honored tradition from Japanese origins.  Gamers who enjoy and excel at this type of game like the madness and the opportunity to post YouTube clips of their amazing feats.  If nothing else, Infinity Danger is good training for playing any other bullet shooter (see: Ikaruga or any games by Cave). 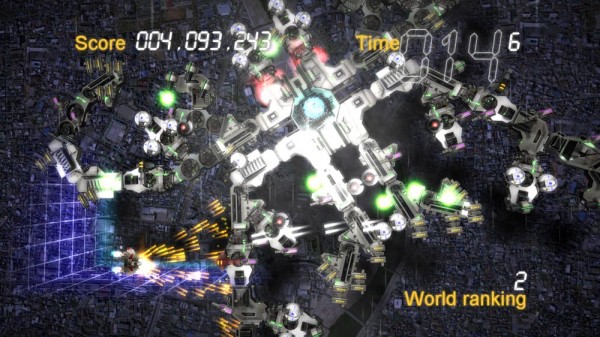 This again? – The soundtrack consists of the same two tracks. Players may barely notice it while they concentrate on not exploding, but it never changes and at least a third song would have been a nice addition.  Each round also greets players with “DANGER!!! DANGER!!!”  as if they weren’t aware they were about to take on a massive gunship.  We imply by the title that there will be danger…a lot of danger.  Almost an infinite amount.  That’s certainly what we get.

Powerup please – This game is based on a classic shooter called Warning Forever; Well, it’s more a direct copy with sharper graphics. But it could still use a boost of freshness by throwing in some different weapons, powerups, maybe even a bomb or shield. Maybe that’s just the Gradius fan in us talking but it would give you some choices in your strategy.

Dancing with yourself – There’s no two player mode.  Some shooters have it, some don’t.  This one could benefit from having a friend help.  Given the small playing field and size of the enemy two players would probably be a tight fit, but it would sure come in handy in later rounds.

No warp zones – Sometimes we just don’t have the stamina to work all the way up to level 20, but it would be nice to see what that would look like.  But every time players start from scratch so the game can gradually figure out how to best take them down.  This is part of the hardcore challenge of the shooter. For those looking for the easy way out look elsewhere. 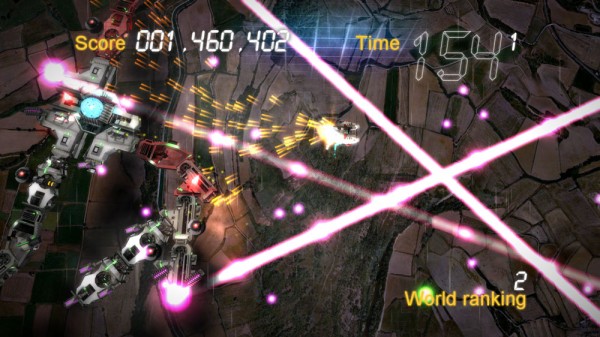 Even though it’s an indie game, players still getting something that has a nice look and feel to it.  For just 80 Microsoft Points you have a game to always come back to when there’s an itching for a challenge.  The world ranking is updated after each round and gives players the incentive to keep trying.  But if you are easily discouraged or are looking for deep story or expansive gameplay than this may not be for you.  This game is no-frills, hardcore bullet hell.  That’s just the way we like it sometimes.