Well you are going to have to click read more!

Radiangames describes Inferno to be a twin Analog version of Gauntlet and I am going to have to agree with them.   Each level gives you another maze that you need you fight your way through.   Each maze has its own twists, turns, and secrets to reveal along the way.

There is also an interesting upgrade system that has you collecting “gold” in each of the levels.   The “gold” is used to unlock the various upgrades as you progress through the levels.   The number of ability points you get is based on the level you are.    The upgrades are your standard fair, extra health, extra shields, more speed, shield push, rapid fire, spread fire, power shots (stronger firing) and homing fire.

As you plow you way through the levels, you also pick up drones along the way to add to your fire power.   They aren’t as strong as you are, but they do add quite a bit in a way of bullet spray that is needed in some of the later levels.   As you play through the levels, you can pick up more than three drones, even though that’s the number that you can field.   A drone dies, another will respawn after a short time, as long as there is another in your stock.

So how does it fair?

The Controls:  I can see where the control scheme from Radiangames 4th release came from.  The controls in Inferno are tight as ever and very responsive.    If I messed up and got hit by something, it was because I didn’t activate my shield, or I just wasn’t quick enough myself.   You aren’t going to be grumbling about how you couldn’t shoot a baddie because there is “bullet lag” or some other control issue.

The Upgrades:  I love how the upgrades add a little more depth to the game.   Depending on your play style, or how you want to attack the level, different combinations of the upgrades will influence how you play.  It also adds that much more content to the game as well.

The Graphic Style:  Simple yet elegant.  The graphics are very clear, and you have no problems seeing what is on the screen ahead of you.  Also makes it easier to focus on trying to find some of the hidden paths.   Also, as you progress through the levels, the background colors change.

Co Op play:  You can play with other people, which makes the game more interesting.  You all need to be in the same room, but then again that’s what makes games like this awesome.   It gives you that classic gauntlet feel, when you and 3 of your buddy’s get together to battle the baddies in this one.

Honestly, for the price point, there is nothing in this game to not like, if that even makes sense.While the four player co op on the same screen is great, it would have made the game that much more awesome to have 4 player co op over xbox live. I am not sure if Indie Titles are allowed to do this though.

Radiangames releases some of the best games on the XBLIG service, and all their games are worth checking out.   In the case of Inferno…

www.radiangames.com also has the soundtrack available for free. 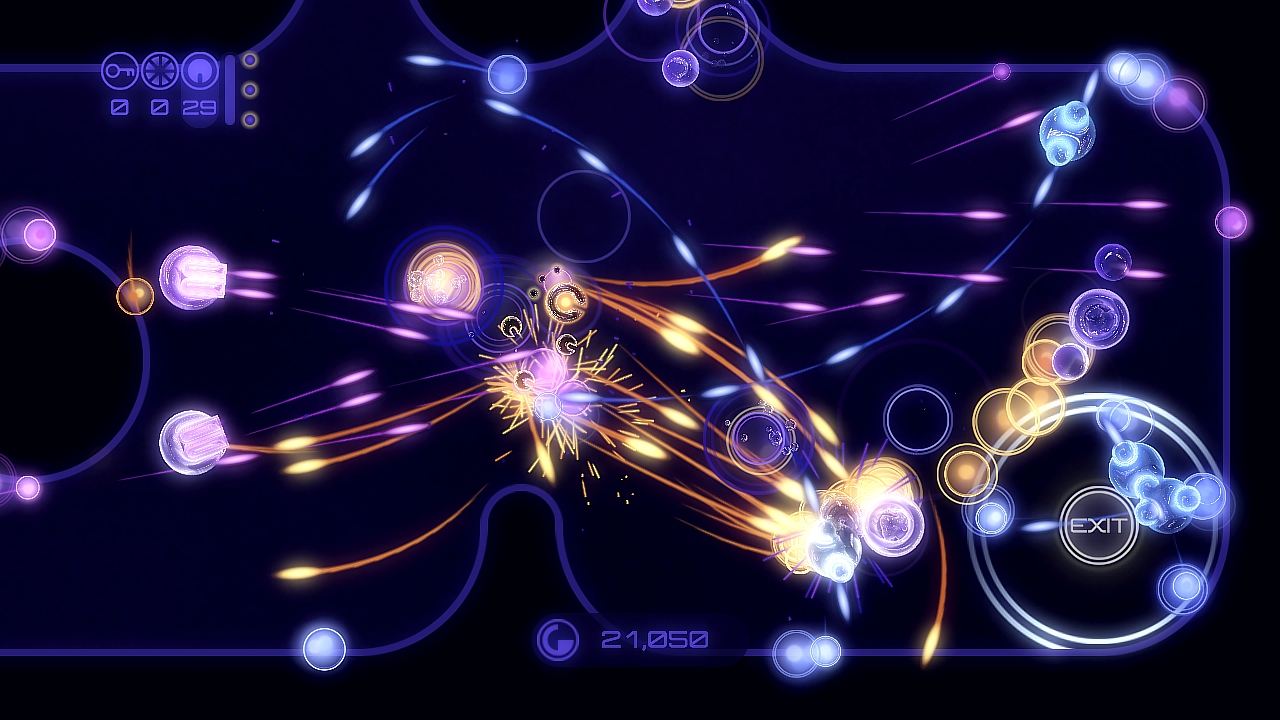 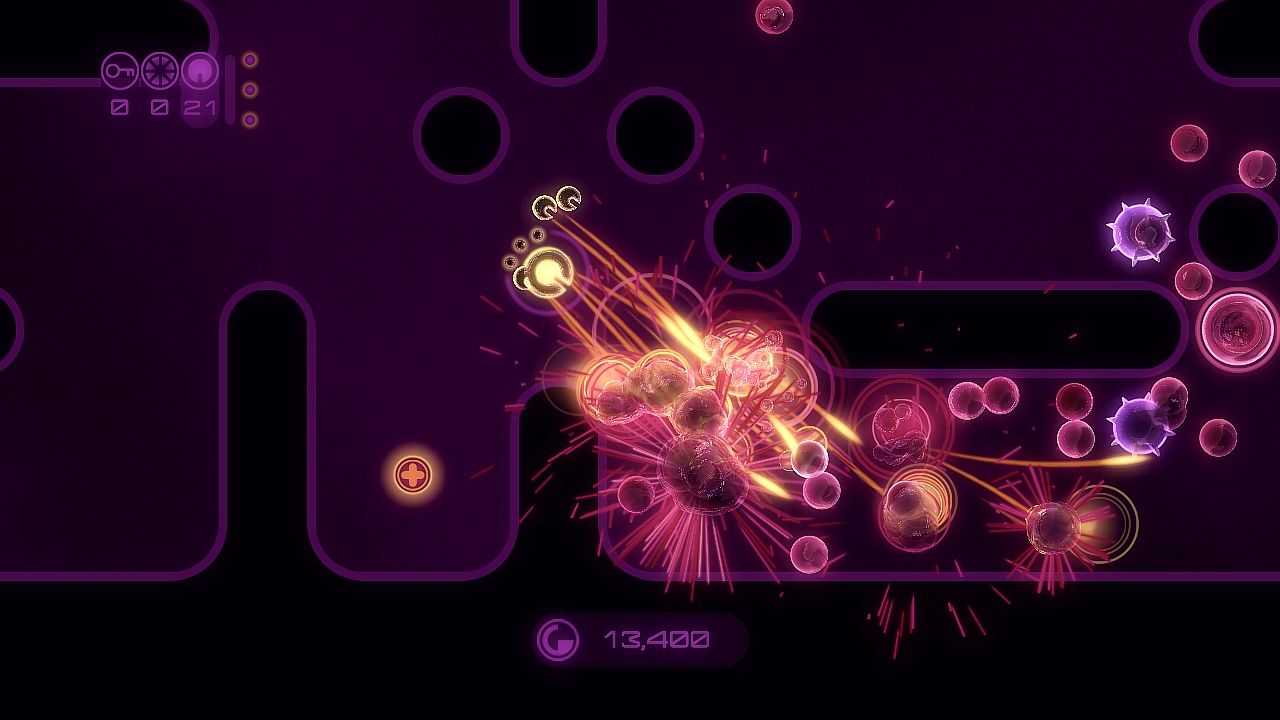 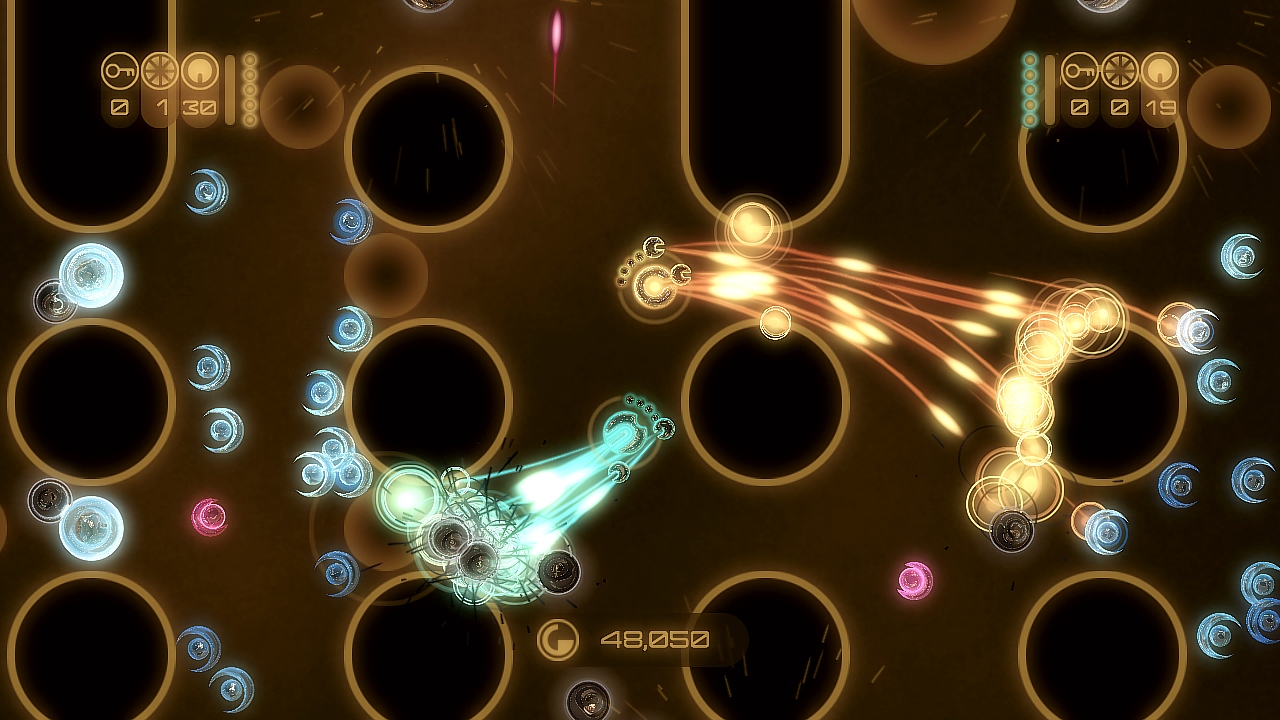 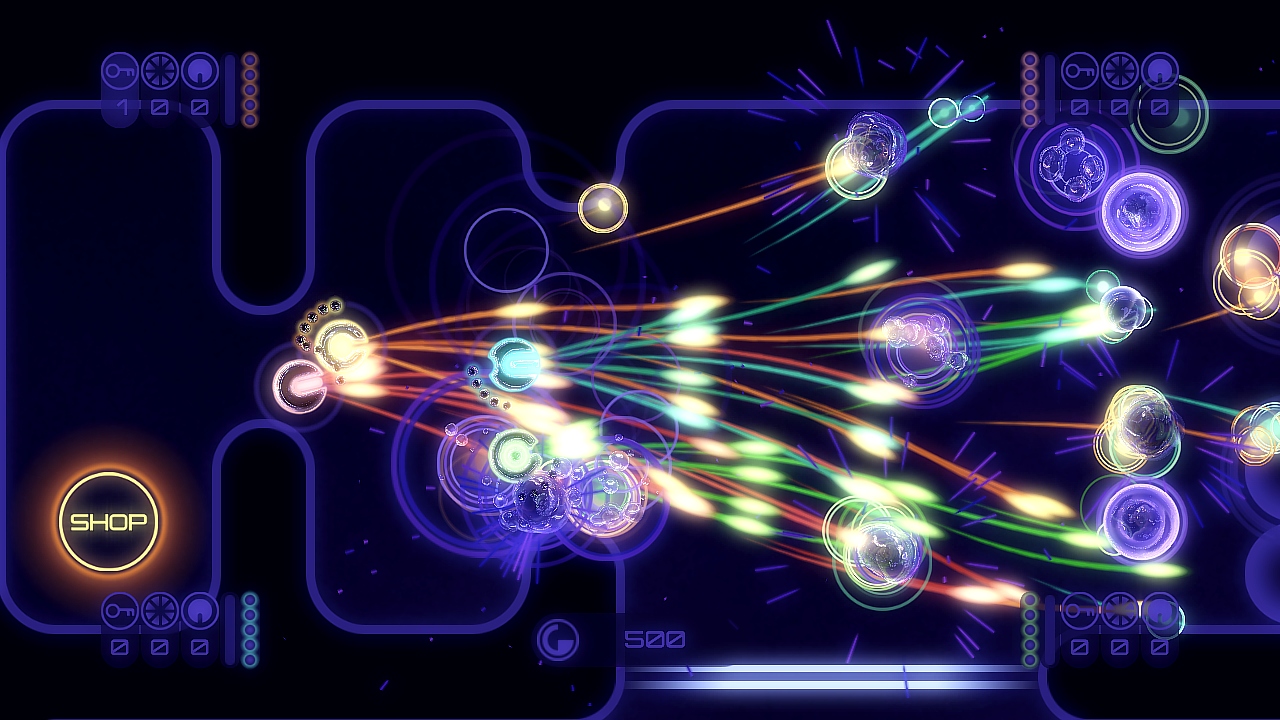 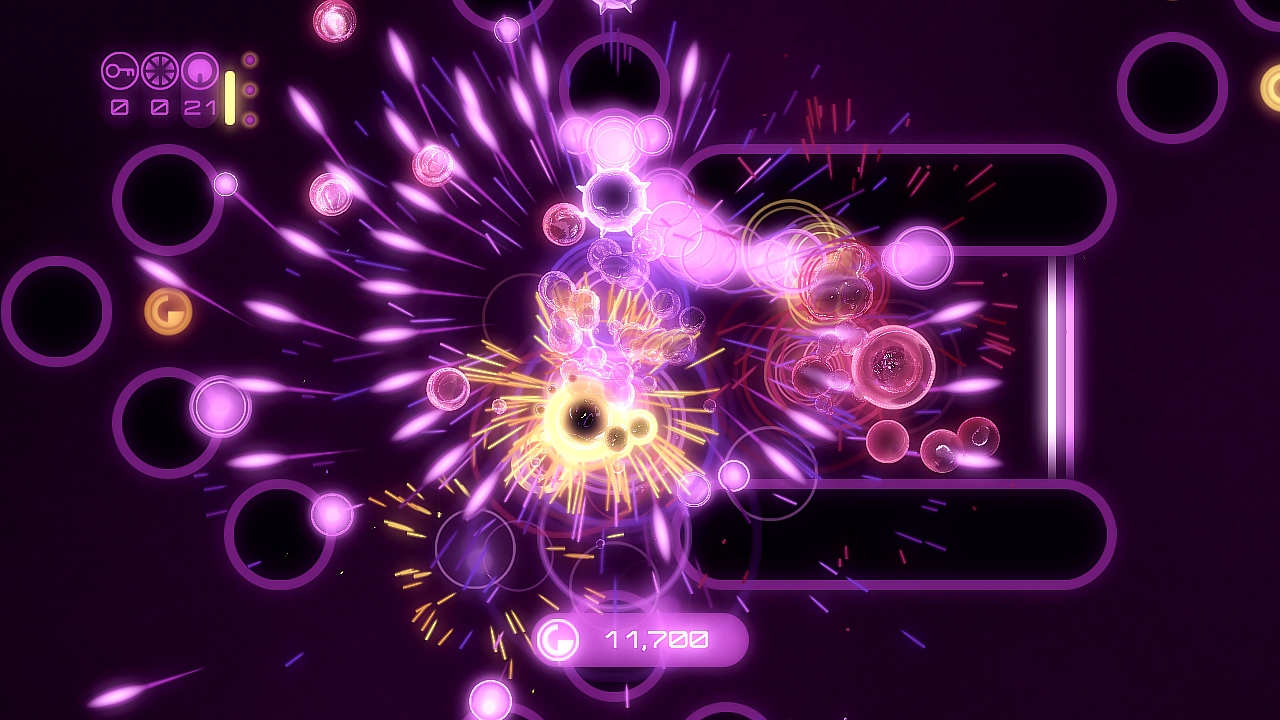 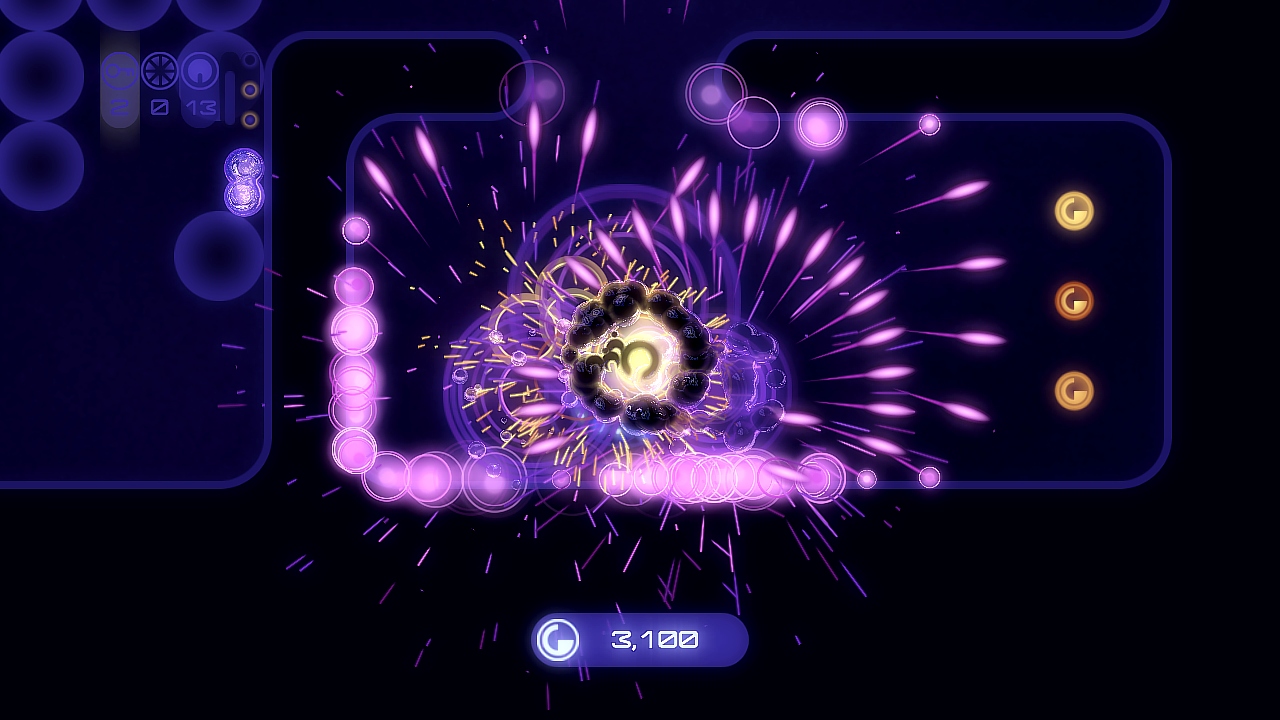 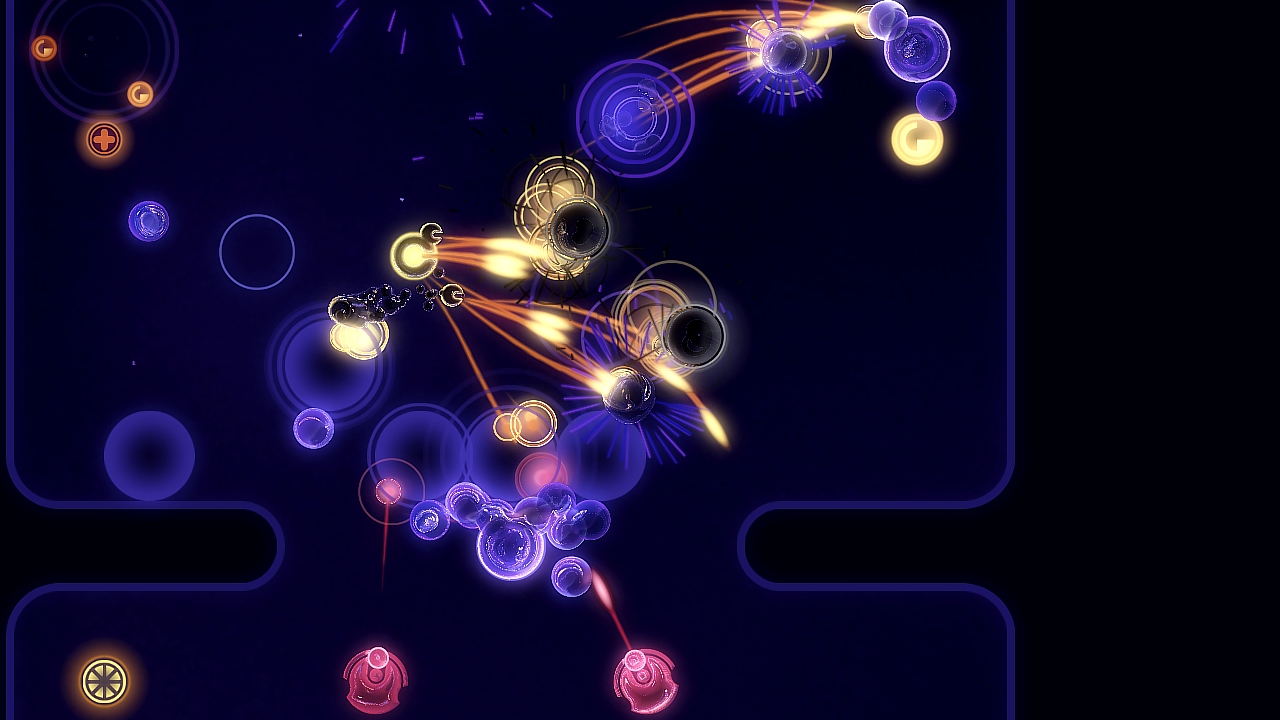