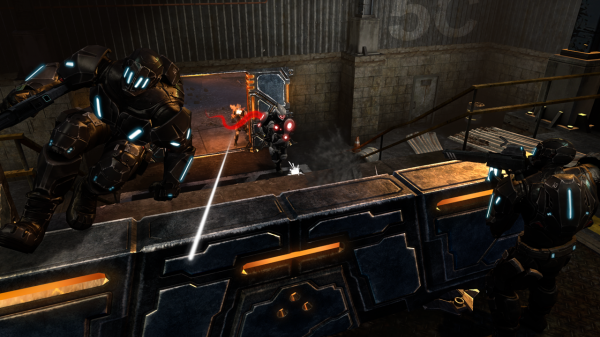 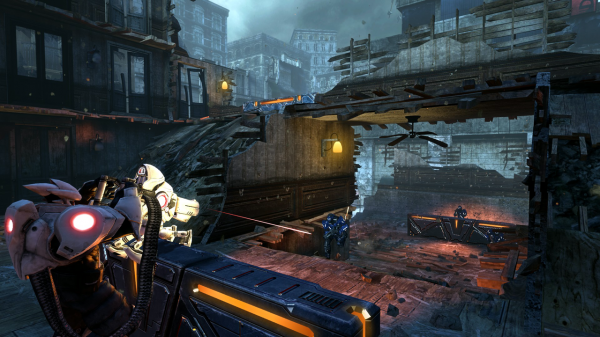 The game, in a bold move for an XBLA title, will involve a persistent online world war between the two central factions. Throughout multiplayer matches players choose with faction they wish to represent to capture territories and countries on a unified world server. A leveling system will be implemented to give players new abilities, weapons, armor, etc. 5th Cell is holding information close to them for the time being on what they call a “Combat Focused Movement” system, but promise to reveal what it is in due time. 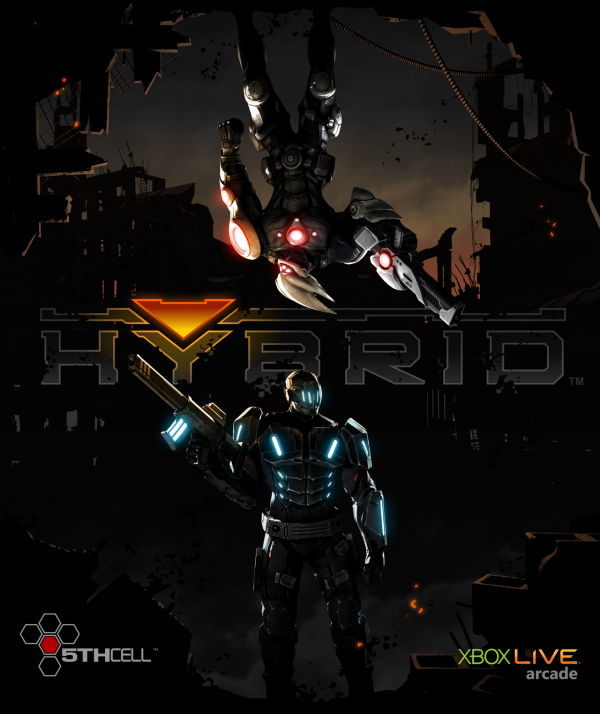 As for when we can see Hybrid in action? In little over a month, 5th Cell will be showing off it’s new baby to the crowds at GDC 2011. Until then we have a handful of new screenshots of Hybrid embedded in the article.