Developer Housemarque’s Outland has been on XBLA for only a few weeks but has already claimed its place as one of the service’s best games.  We recently interviewed the game’s Lead Designer Aki Raula, so strap yourself in, choose between light and darkness and be sure to dodge those pesky bullet-hell, um, bullets.

XBLAFans: So, Outland has been released and has received glowing reviews. How does that feel?

Raula: It feels like our hard work has been noticed and people appreciate it. We are very happy of the spectacular reception for Outland – it is, and continues to be, beyond our expectations. As a small studio we also hope the review success translates to sales so that we can keep on making great games!

Raula: We actually have released for 360 before, so it wasn’t a completely new platform for us. But as Outland is our first cross-platform title, developing it did introduce challenges new to us. Biggest issues were getting the character controls smooth and fluid on both platforms as well as getting the menus and UI up to Microsoft’s and Sony’s two separate specs. We also had to do more bullet pattern and background optimization for the PS3 due to its slightly weaker GPU. 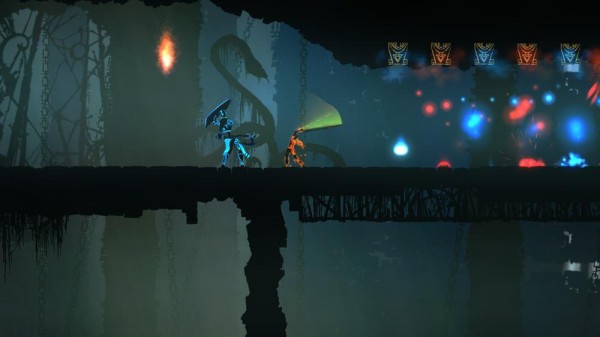 XBLAFans: Having been known for your solid twin-stick shooters, what led your team to tackle this style of game?

Raula: As the company has grown in the past three years, we have acquired talent with different backgrounds. This led us to try new things and Outland was born out of it. As many of the dev team members were kids in the 80’s, and played a lot of platformers, we wanted to take those childhood memories and build something new from them.

XBLAFans: To get a better sense of the effect the PSN outage has had on developers, how well have your previously PSN exclusives performed on PSN? How well did they sell during the first month of their release?

Raula: Both our PSN titles have been clear hits, so the outage does have its effect. The best data we have for measuring the success of Super Stardust HD and Dead Nation are their respective leaderboard scores: SSD HD had 50k names on the leaderboards after the first month, while with Dead Nation the figure was nearly 100k. SSD HD has had a very long tail and it has been selling constantly over the past 4 years, with over 450k names listed currently.

Outland is available now on XBLA for 800 Microsoft Points. Be sure to check out our review of the title.