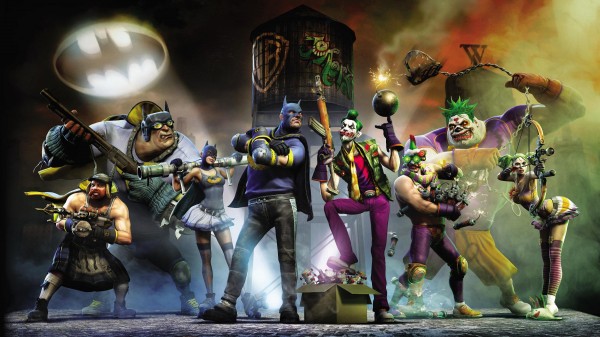 When Gotham City Imposters was announced, it sounded a bit strange for a first-person shooter where you play thug gangs inspired by Batman and the Joker. Our first bit of concept art paints a picture on what the game will look like. It does look like most of the characters just found some stuff lying around their house to make up a Batman costume and go out to make vigilante justice. Not to mention with what appears to be different character classes, very similar to TF2 and Monday Night Combat. Some of the press has already seen the game in action but there’s no video or screenshots of the game so they might be saving it for E3. One thing’s for sure about this game, we may or may not be wearing hockey masks.