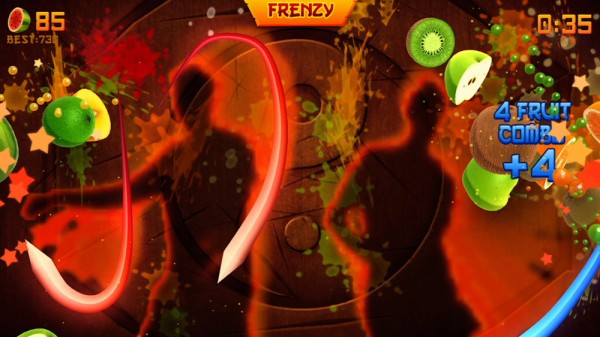 The team at Halfbrick recently convened in an undisclosed location to cast judgment on how exactly to properly slice fruit as a ninja. In a plume of smoke the decision was made for Fruit Ninja Kinect to recognize feet/kicking as a valid food eviscerating method. Perhaps this was done to properly accommodate martial arts into the game, but most likely it’s to increase the level of hilariousness for bystanders. Next on the chopping block was headbutts, but unfortunately they didn’t make the cut. Likely Halfbrick acknowledged that headbutts are blunt attacks rather than swishy, slashing motions. Look forward to “accidentally” kicking your friends in the face in Fruit Ninja Kinect releasing during Summer of Arcade 2011.