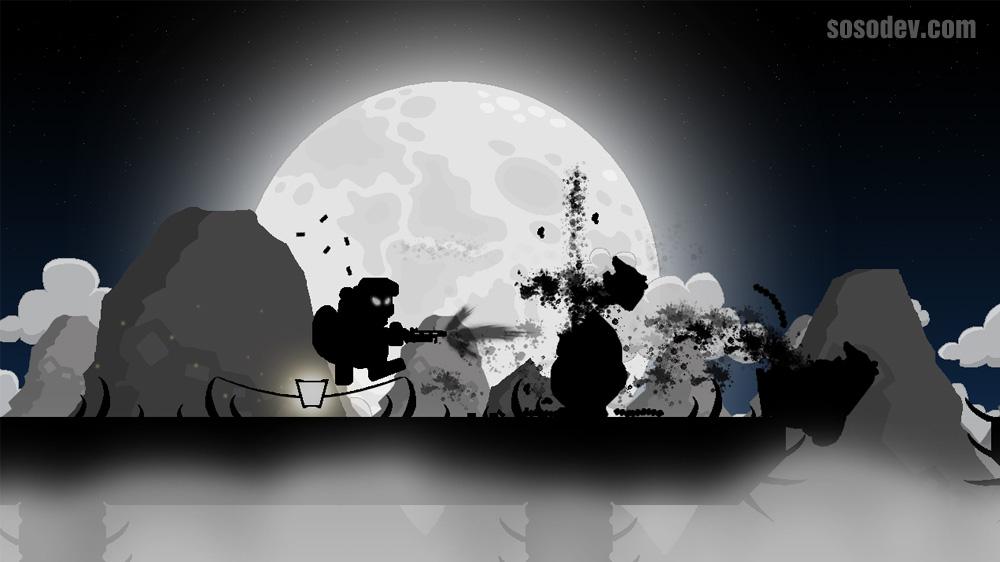 Fluffy Operation Overkill was developed by So SO Dev Games and released on June 22, 2011 for 240 Microsoft Points.  A copy was provided by the developer for review purposes. 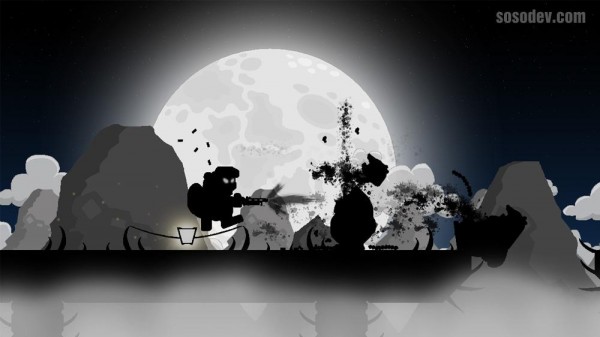 As gamers, we often feel desensitized to violence — something politicians in Washington like to mention when introducing legislation aimed at our favorite past time — but if they played a game like Fluffy Operation Overkill and benefited from its offering of stress release in digital form, only then would they begin to appreciate an industry not defined by violence but free enough to include it.

The premise is simple: an unnamed disease has devastated the peaceful tendencies of your neighborly animal folk, including yourself it seems (if harnessing a rapid-fire machine gun is any indication), contributing to their blood lust and an unabashed hatred for you (a squirrel, a beaver, a squirrel-beaver?), and you’re stuck having to defend yourself against them. Controls are that of a traditional side scrolling shooter.  A to jump, X to shoot, right trigger to kick nasty animals off your body before they eat you alive, that kind of thing.

Gore-tastic – If parents had the know-how to browse the XBLIG Marketplace in search of “wholesome” family products but neglected to read the descriptions of titles, they’d carelessly purchase this game thinking it was Disney-like and be experiencing what we like to call buyer’s remorse.  This is one of, if not the most, violent Indie game available.  Shades of red splatter the colorful environments as you shave the intestines off unassuming rabbits in the wake of your wrath.  Rabid bears eagerly inch forward to cut off your torso in a violent homage to Splatterhouse.  This is no joke.  Once you reach the barn level and witness only the upper half of a tormented bear swinging from a rope, you know you’re in for a guilty pleasure. Beautiful-icious? – The developer clearly wanted to create an appealing game.  The bright colors of the various characters juxtaposed against the endless swarm of blood and guts is a perfect marriage and unequivocally satisfying.

Variety –Just when you get tired of hammering the X button to discharge ammunition from one of your numerous weapons (shotgun, anyone?) the game throws in a boss battle for good measure.  Some of these are frustratingly difficult, but it breaks up the monotony of the side scrolling adventure.  In addition the game’s Zombie Mode pits you against hordes of the undead as you pepper them with bullets.

Poor animations – The game does so much right that we were surprised to see that character animations were stilted and lacked life.  The protagonist seems to have a bad case of arthritis because he/she doesn’t know how to move swiftly or even efficiently.  We’d like to see an emphasis on animation if a sequel is ever created.

Very difficult – Some aspects of the game are easy, while some leave you destined to destroy your controller in a fit of rage.  Boss battles, particular ones that require precision platforming, throw the player off their game because they aren’t prepared for running and jumping.  These foul balls slow the pacing of the game to a screeching halt. 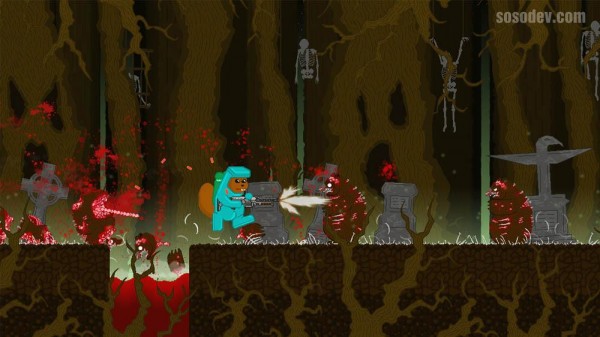 At the end of the day, sometimes all we need is some digital mayhem.  Fluffy Operation Overkill is that game.  It tries to go into Italian plumber territory a bit here and there, but overall it knows exactly what it does best — to provide a platform of carnage, blood and endless fun.