It seems to be a recurring issue of late — Xbox Live Indie Games developers worried about poor sales. Who can blame them when the marketplace is crowded with fart machines, controller vibrators, and cheesy games about picking up women? Even if a game is good, it often gets flushed off the list of new releases too quickly to get noticed. There’s also the glaring issue of very little front page advertising for these games. The Indie Games channel is much more accessible than it initially was in the most recent system update, but even then some developers feel that’s not enough.

What you’ll find after the jump is my opinion, and mine only. It doesn’t represent our staff as a whole, and it’s certainly not meant to offend. Please stay objective as you read, and if you need to vent please take it out directly on me in the comments below. Again, I try to stay objective and neutral, so any stings are unintentional.

Billed as a teaching tool?

When Microsoft first introduced XNA 1.0 back in 2006 it was geared as a framework that would help weekend warriors learn about programming without having to dive head first into a pile of C++ code. XNA was manageable, structured, and supported Microsoft’s robust C# programming language. For the first time people’s own consoles could be used to test their games without any hardware/software modifications. In 2008 Microsoft announced that aspiring developers would be able to share these games with the world. This service, then dubbed Xbox Live Community Games, would open the world to developers and allow them to make a little money in return.

But that’s the thing: a little money. When it was released it felt more like an exploratory thing, something that let us test our mettle and see if we’re any good. Wikipedia cites Xbox Live Arcade’s David Edery in saying it’s “a way for programmers to bring niche experimental games to wider attention without justifying the cost of a full Arcade title with only a limited audience, while still potentially earning some money for the effort.” (their words, not his) But could it be a potential way to make a bankroll? Well, I’m not so sure about making a living, but potentially speaking it could certainly could fund a hobby quite well and maybe pay for some upgrades to your development rig. 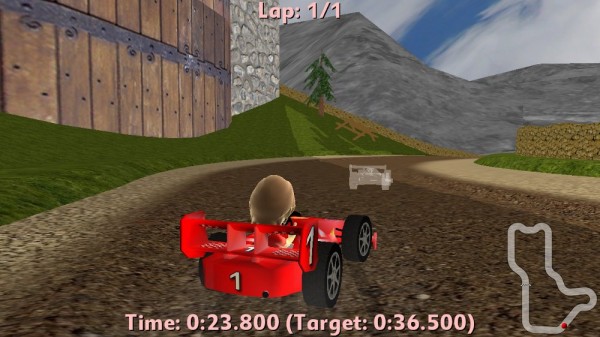 It’s really tough to see great Indie Games go unnoticed by being rushed off in the flood of incoming titles, or worse still be hidden in an obscure place on the dashboard. It’s not so obscure as it once was, but I can count on one hand the number of times I’ve seen XBLIG titles get promotion in a place everyone sees it — and I’d still have a few fingers left over. Sure, like other channels it’s got the top selling, highest rated, and even Kotaku lists their top picks. But even with all that it’s just not enough to do this service justice.

Back in March of this year there was the debacle where College Lacrosse 11 fan were encouraged to uprate the game. With an army of over 200,000 followers on Facebook alone the game shot up the charts quickly. However allegedly some followers took matters into their own hands, not only uprating their beloved title, but downrating others. The result dropped several otherwise highly rated games down 5-10 positions in the Top Rated section of the Indie Games channel, something that could directly affect sales. Microsoft responded by requiring players to have a gold account to rate Indie Games. Developers and journalists alike were less than impressed, including myself. While helpful, what’s to stop me or any other gold member from simply looking at a screenshot and making a judgment call without having played the game? What’s wrong with requiring at least a trial version download for XBLIG titles (and XBLA for that matter) before rating? 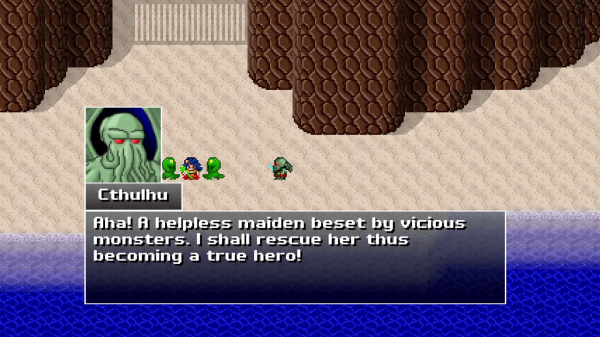 Yeah, but what can we do?

Like everyone else I have my ideas to help the problem, but I think it’s only fair to scratch off a two common requests that are just unrealistic. First, achievements — frankly this is something that XBLA and retail developers hold as their ace in reserve. It’s a perk for the men and women that consistently put 40-60 hours in a week for months on end to bring their games to us. On top of that it’s a way from Microsoft to take care of the publishers who bring great games to this console. Indie Games were envisioned as a way to bring the games from the obscure corners of the internet to your home console, not to turn weekend warriors into millionaires overnight. While bringing achievements would undoubtedly improve sales it takes away a key feature the professionals have in their toolbox. And then there’s the potential to spam your gamerscore. What if a screensaver application gave me 50g just for watching it once? Worse still, what if there were an army of those types of games all at 80MSP. Those who pride themselves on their gamerscore would not be pleased.

Then there’s the aspect of front page promotion. It’s just not going to happen on any big scale. Publishers pay Microsoft to promote their games on the dashboard, and Microsoft has to promote their own as well. XBLIG titles have no real publisher and don’t really pay much in the way of monetary dues to get promoted. Now to be fair I don’t think any indie developer is asking for much, and I think there’s a synergistic solution: add one panel to the Spotlight channel on the dash that promotes indie games. This could be one of two things, either a promotion for a particularly cool game of the week, or a mini-channel that lists 4-6 great games. Once again though there’s the cost of finding someone to maintain it, so how about a website (like XBLAFans.com) managing that content?

There is one other thing that needs to be done, and that’s categorization. Indie Games needs more genres. It needs true, meaningful categories that further refine what a player is looking for, and that includes the vibrators, chat apps and all that jazz. Non-games can be categorized into things like Utilities, Screensavers, etc — this will file them away correctly, not just into an Other genre. With so many titles we need more than just the standard generic categories that currently exist. This could be a two-fold process. Microsoft could add the new categories. Past that it’d be up to developers during the peer review process to put it in the right spot. I’m tired of seeing games about meeting girls alongside games like FortressCraft. 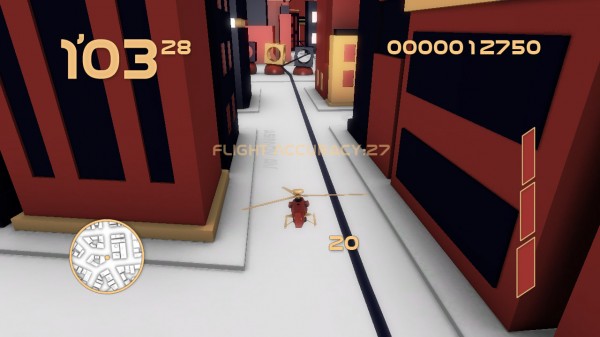 The long and the short of it is that PC gaming is and always will be the true home for indie games. Everyone has a PC, but not everyone owns an Xbox 360. That’s not to say you should neglect us console gamers, but rather that you should aim to bring a game to as many people as possible. XNA by its nature runs both on the Xbox 360 and PC, so porting to either platform is, relatively speaking, an easy procedure. Yes, there’s much more involved sometimes, but the end result of going both ways is well worth the output.

Take Zeboyd Games for example. They started out publishing titles to XBLIG, but became disillusioned with the low sales they were seeing. So they worked to bring their titles to the PC via Steam. How did they do? On their website they announced that they had “already made more revenue in less than a week on Steam than we have in over a year and a half on the Xbox Live Indie Games service.” Now that might tempt you developers out there to jump ship, but consider this: Zeboyd Games’ titles have seen a lot of press, even from the big sites. How many of those readers thought it looked interesting but didn’t own a 360? PC seems like the way to go, right? Maybe. Just remember the 360 versions of their games were what brought the press, and in some part that press was due to the issues with the rating system listed above.

Your game may not be so lucky. It might not be seen by the big sites, and consequently people may never hope it’ll come to PC. Now I wish each and every one of you the best, but that’s the reality. That’s exactly why both platforms are the way to go. The one advertises for the other. If one person talks up your game their friends can purchase it on the platform of choice, just like lots of retail and XBLA titles. It’s far too risky to choose one platform and hope that your game will stand out and get press. I hope it does, but there’s a virtual sea of indie games out there and only a few websites to bottle them. 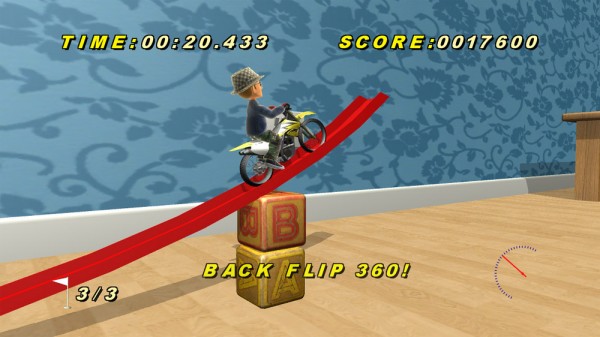 Take heart and look to the skies

It’s tough to constantly hear about the plight of the Indie Games channel. On the one hand it’s a shame so many great games get overlooked. On the other it’s starting to sound like a broken record. I therefore submit that there’s two options when it comes to developing XBLIG games. The first is to simply put out what you want, when you want, and use the small income to fuel your hobby. The second is to use it as a springboard to reach the career level developers in Xbox Live Arcade. We’ve seen Smudged Cat Games do it with the excellent The Adventures of Shuggy and Xona games with the upcoming Duality ZF.

Whatever you do, know that you do have followers, ones that do what they can to spread the word about your games. We recommend them to friends, we write about them on our websites, we talk about them at school or work. Most importantly we appreciate them. We hope that you as XBLIG developers take heart and shoot for your dreams. If that means making a living then may you find success in moving forward and getting your great titles on Xbox Live Arcade. But no matter what you’ll always be the unsung hero of this console generation.