Editorial: In search of a patch 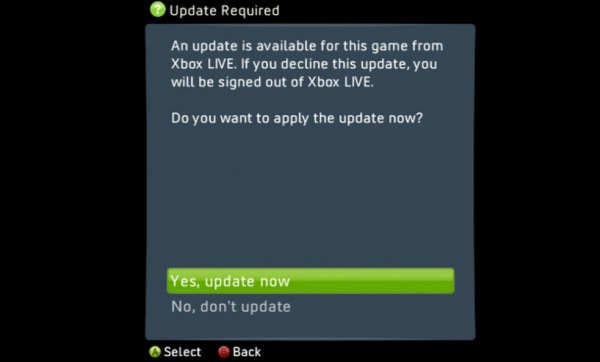 It’s happened to all of us — we pick up a game we’ve been waiting to play only to find something horribly broken in it. Achievements don’t unlock, characters get stuck in walls, scripted events don’t fire, or at times even core gameplay feels off.  It’s frustrating, and so often the issues kill sales for what could have potentially been a great game.  So often our hopes lie in a patch, known on Xbox Live as a title update.  But for some games that patch never comes.

Now before I go and start rattling off a bunch of games, developers and publishers one thing needs to be made clear.  As much as video games are supposed to be about fun, the fact is that making games is a business.  Games need to make enough money to pay for their own patch, and then continue to generate revenue from additional sales.  Revenue is how business works, whether it’s the video game industry or your local convenience store.  So let’s all get off our high horses (myself included) and cut these folks some slack.  These people work hard to make games, and not every game can be super-awesome-fantastical.  Now, that being said what follows is not meant to be an attack on any game, developer, or publisher.  The examples selected are simply to drive the point.  These folks put as much blood, sweat and tears into their games as everyone else does.

What a patch should cover

While most game-breaking bugs seem to fall in the realm of broken achievements, there are definitely instances where other things may need to be fixed.  Being stuck in a room with a door that’s supposed to open, having a character stuck in an animation glitch, going to a position in a game to find a specific character needed is missing — all of these things need patched.  To be fair, most of the time a title update is released that covers gameplay bugs, but on rare occasions developers only address the achievement bugs.  Fixing broken elements of the game should always be ‘covered under warranty’.  Nobody wants to pay for a broken title.

What it would be nice to cover

Issues with gameplay elements can be a wholly different matter.  Sometimes consumers feel games need a patch to fix how the game is played.  Perhaps the controls seem like they’re mapped to the wrong buttons, or a character or vehicle doesn’t respond as expected.  Two such past purchases of mine come to mind; Days of Thunder Arcade and Vigilante 8 Arcade.  Both are car-based games, both with similar issues.

While the majority of the elements in both games are fine, there are small issues with vehicle control which, being such a core part of the game, dampen the experience.  In the case of Days of Thunder the third-person camera swings too far off center, making corners extremely difficult to navigate.  Additionally the steering is far too sensitive for the average player, and while there is an option to adjust it most players will give up before searching the menus for it, meaning a sale is lost.  The second title, Vigilante 8 Arcade, has the same gameplay elements that made the original V8 so great, but the cars don’t respond like players today would expect them to, and there’s no dedicated button for a handbrake, meaning the combat falls flat.

In both cases these things could be fixed with a title update.  Title Updates apply to both trial and full versions of Xbox Live Arcade games meaning those just wanting to try the game out will see the same updated gameplay as those who own the title.  In the examples these are core gameplay elements which make or break a sale, and are both code-based fixes, meaning they can fit within the 4 megabyte limit for patches.  I’m not holding my breath for a patch on either, however.  Neither are published by Microsoft Game Studios.  Why does that matter, do you ask?  Simply put when games are published by Microsoft Game Studios developers are given more responsibility towards their games, meaning that those developers have a greater need to deliver a quality product.  External publishers often deal with their own internal franchises, and title updates can sometimes get expensive.  In the end it’s a business decision, and Microsoft-published developers have more on the line if things don’t go well. 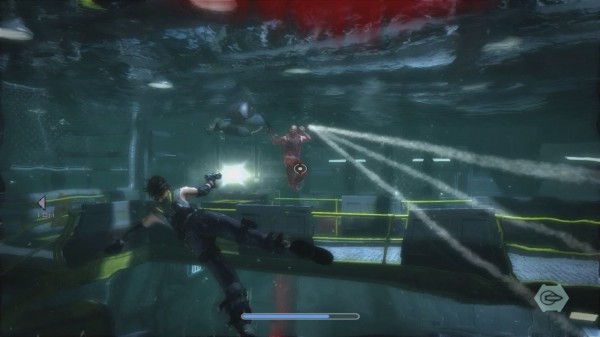 Back in September of last year, Hydrophobia was released to very mixed reviews.  Developer Dark Energy Digital took issue with some reviews, which in turn caused friction between them and a few critics.  While some reviewers continued to rail on the game long after most of us stopped caring, the developers dropped of the grid.  They emerged in late December, announcing Hydrophobia Pure, a comprehensive patch which covered every complaint given by critics and consumers that would fit into the 4MB title update limit.  The price was also reduced to 800MSP from its original 1200 at the request of consumers.

While those involved in the original confrontation continued to defame the game, consumers generally gave praise for the developer’s devotion to both the game and their consumers.  At Joystiq one commenter noted “Wow, my hat goes off to them. Takes a lot to admit there were issues with your game but to go so far as to completely revamp it? [I hope] there are new reviews that reflect these changes.”  Another noted the change in Dark Energy Digital’s tone from their response to the release; “Wow. This is a surprising 180 from the way they handled the bad reviews.”  Still, Dark Energy Digital admits the criticism was tough to take initially.  “Criticism can be hard” said Pete Jones, Joint Design Director during an interview with Gaming Nexus.  “Pride can be a big virtue as well because you need to be intensely proud of something you’re creating in any endeavor.”  We have to hand it to them, they rose above all the hate and made their game better.  Reviewers and consumers can be pretty critical at times, especially when it’s our reputations or hard earned money on the line.

As a programmer myself I know that sometimes no matter how great of a job you do, no matter how hard you work, no matter what you sacrificed there’s still no love to be had by your consumers.  Just know that there are still some gamers who would support you in what you’ve done and what you hope to continue to do.  However in this poor economy players are more choosy when purchasing games, and patching something that they’ve previously purchased or something they’re looking to purchase will go a long way the next time your name comes up as the developer or publisher of a future title they’re looking at.  We know that it’s a fine line you have to walk between continuing to support your past games and making new ones to keep your families fed.  Just know that when you can support us it will help us to support you in the future.