EA goes out on a buying spreed, this time they have smaller indie developers in their sights. It seems that EA has opened up its massive wallet again this week to snatch up a few indie game developers.   All three indie developers were currently working on games for XBLA, which only leads me to believe that they were doing it to get more of the market share.

“You got to spend money to make money,” as the age of cliche says! 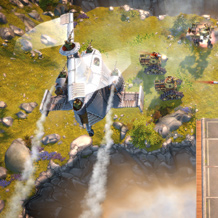 The first of the companies to team up with EA was Vanguard Entertainment.   They are currently working on a title called Gatling Gears.   Gatling Gears is a follow up to last years Greed Corps.   It shares many of the same features, like collapsing land and walker units. Gatling Gears also introduces dual-stick controls and a new protagonist, Max Brawley, who is attempting to stop an evil corporation from stripping the world of all of its natural resources. 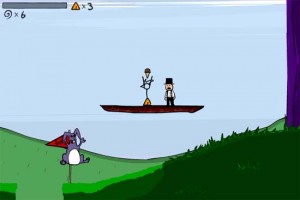 Borne Games is actually known for a couple of titles that have only been released on the PC.   The first of which is the games that EA is going to help bring to XBLA called Fancy Pants Adventures.   Inspired from the famous Sonic the Hedgehog, this game includes very well-done physics, vast and open world, a lot of hidden areas you’ll be able to find if you take the time to look and go everywhere.

Borne games also worked on a 2d version of Mirror’s Edge, hence why EA picked them up.

The final company, Trapdoor, is a company from Montreal Canada that was founding by former Gameloft manager  Ken Schachter.  What makes Trapdoor so interesting is that they also have Alex Charbonneau, who worked on Far Cry 2 and Kelly Smith, who worked on Shaun White Snowboarding and both of them being from Ubisoft.

Trapdoor is looking to have EA publish Warp. Warp unique stealth action game features a top-down sci-fi world with a distinctive art style, addicting levels, hazardous traps and challenging puzzles. The new game will debut on Xbox LIVE® Arcade in Summer 2011. And sadly there are no screen shots of yet.