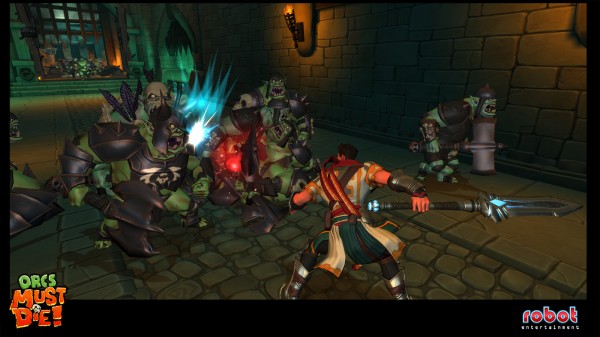 Inside a booth hidden in the back left corner of the South Hall at E3, Robot Entertainment showcased Orcs Must Die, as the looming shadow of the astronomically larger Activision booth served as foreshadowing of the impending storm coming for developers of digital downloadable games. Come this September, the onslaught of retail AAA titles, with massive marketing budgets beings, and all eyes will be on them. But in the months leading up, the digital download space will be offering on of its most impressive lineups ever of polished and innovative titles, including one of our favorites: Orcs Must Die.

We’ve been following Orcs Must Die closely since its initial announcement back in February; however E3 week provided our first opportunity to play the game with an Xbox 360 controller. We can officially say the team at Robot has succeeded in implementing a control scheme that offers the same precision and control as keyboard and mouse. This should come as no surprise, considering the studio’s pedigree. Robot is largely formed from veteran developers from Ensemble Studios, creators of one of the few truly successful console real time strategy games: Halo Wars.

For the uninitiated, Orcs Must Die is a hybrid third person shooter tower defense game. Players must defend their rift from hundreds of orcs and other minions. Taking on the role of a warmage, players will utilize various traps, such as wall blades, spring traps, arrow walls, and explosive barrels in order to impede their opponents. Players will also have magic spells, a sword, and a crossbow that can be made part of their arsenal for each round. Prior to each level, players will pick which traps, spells and weapons they want available. As the game progresses, players will unlock new traps and spells for their arsenals. At this time, the only required weapon is the crossbow, as Robot wants to allow players to play as they see fit. 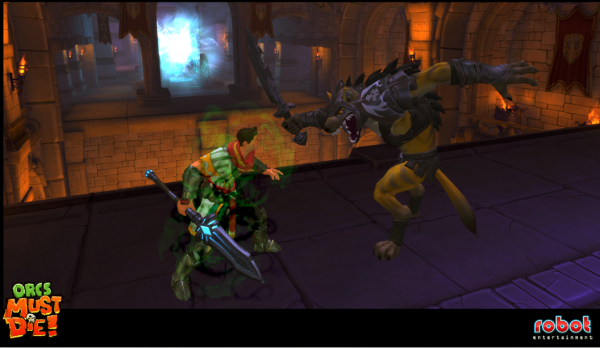 Early levels will be simplistic with more obvious choke points and a single entry way and rift, while later levels will introduce additional entry points, pathways and even rifts. New enemies will also begin to filter in through the doors as players move forward that will react differently. Some are quick and can scamper through traps without being harmed. Others such as the Trolls are so large that physics traps, such as the spring launcher cannot harm them. At times, the Gnoll Hunter will run through and seek emplaced Archer squads.

To encourage replay value, players are scored on how well they do by both an overall score and skull total. Players are encouraged to combo kill using weapons and traps together in a way that will boost their scores. Finishing the level faster will also introduce a score bonus. On top of the overall score, they will also be rewarded a skull total after each match. Skulls are awarded one to five with five being the best based on how many rift points are left. We have been informed that finishing the game with five skulls on every level should be quite the feat. 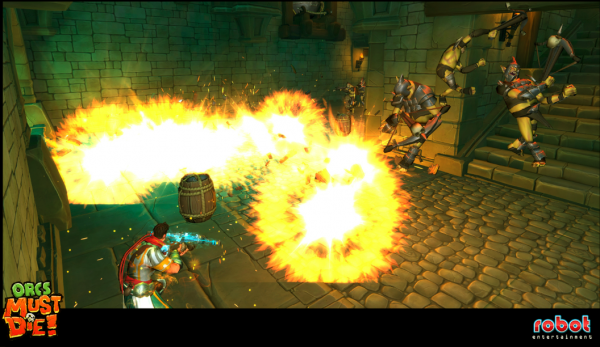 Robot was showing off a level at E3 that was in the second half of the game and much more difficult than the earlier levels we played back in February. For my first attempt I was not able to come up victorious, as I had not anticipated the flying creatures that would head straight for my rift. However, I came back and finished the level successfully later on in the week.

Orcs Must Die is facing some stiff competition this summer, but it offers an incredible level of polish and uniqueness. The traps are an absolute blast to play around with and some interesting combos can be created. Players can create kill zones utilizing combinations of traps in the various choke points preventing enemies from moving forward. Robot Entertainment has really created something special that’s an absolute blast to play and needs to be on any XBLA fan’s radar. 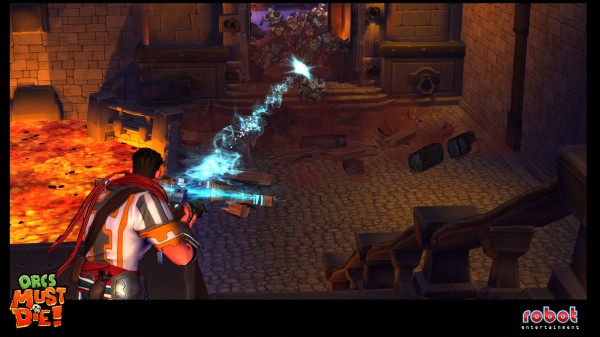 Orcs Must Die should be releasing sometime this August or September for 1200 Microsoft Points.