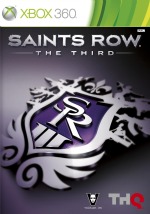 XBLA tie-ins are a great way to give game players a bite-sized and concentrated taste of a retail game. Dead Rising: Case Zero and Dead Rising: Case West have shown that gamers are willing to pay for standalone installments of retail releases, and until the price skyrocketed, Saint’s Row: Drive By was set to be the next retail tie-in to grace the Xbox Live Marketplace.

We don’t know what Drive By was going to be, but a short Saint’s Row experience that jumps right into the anarchy sounds like a game that should have sold like gangbusters. According to THQ VP Danny Bilson “it was an Xbox Live game that we started that was really good, but the costs were getting really high for the platform.” We’d love to see higher-budget games come to XBLA, but publishers have to keep their bottom line in mind.