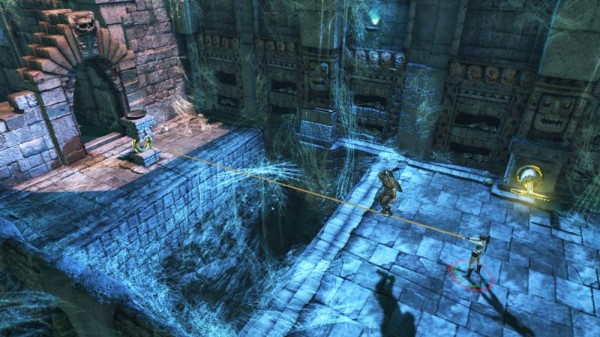 While Crystal Dynamics is hard at work on the reboot of Tomb Raider, It’s been almost a year since we saw Lara and Totec working together in Lara Croft & The Guardian of Light. But don’t expect them to return anytime soon. In an interview with Joystiq, Global Brand Manager Karl Stewart of Crystal Dynamics said they will not be making a new game under the Lara Croft title. “For us, that Lara Croft was, in a way, it was sort of the furthest possible extension of that iteration of Lara. Once we finished Guardian of Light, obviously we knew we were making this version of Tomb Raider,” said Stewart. While this is disappointing news to hear considering how great Guardian of Light was for reinvigorating the name of Tomb Raider, Daniel Neuberger who directed the game will also be directing the reboot so that’s something to look forward to next year.