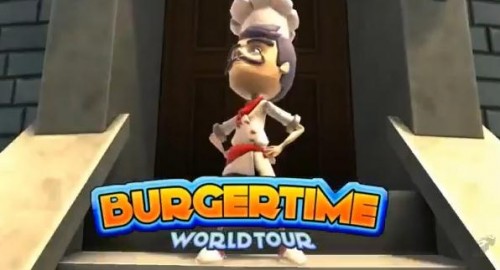 How many people remember BurgerTime? We here at XBLAFans do, it was one of the biggest games from the 80’s, and it was on almost every system that you could think of. This was such an addictive game; action platformer mixed with a little bit of strategy and originality. Now thanks to MonkeyPaw Games, this classic franchise is now getting a new flame under its meat in BurgerTime World Tour.

Peter Pepper, the main character, is back and now making burgers all over the world. MonkeyPaw has taken the classic game and spiced it up a notch for BurgerTime World Tour. Adding 4 person multiplayer, both online and splitscreen, tons of power-ups and giant bosses trying to stop you. With 50 rotating maps to play through, you should have plenty to keep you and your friends on your toes and coming back for more.