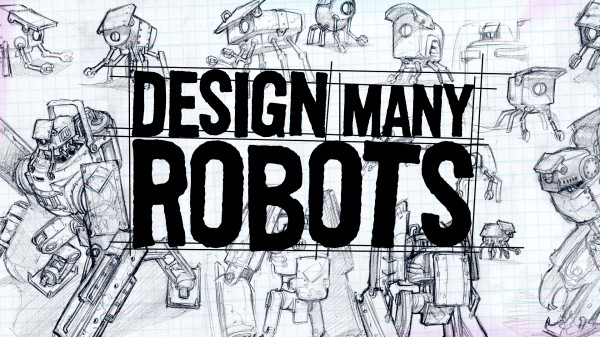 Demiurge Studios wants players to have a say in what they’re destroying, by inviting them to submit their own robot creations to be included in their upcoming title, Shoot Many Robots.The contest, entitled Design Many Robots, is looking for creators to design their own metal molds to be quickly turn back into scrap. The winner of the contest would have the unique opportunity to visit Demiurge’s studio and watch and the developers put their creation into the game, which would later be released to the masses in an expansion pack.

Here is an excerpt from the recent press release:

“In the spirit of the Game Developer’s Conference this week, we wanted to kick-off this contest to give the next generation of designers a chance to appear in our first independently developed title,” said Albert Reed, co-founder and studio director at Demiurge Studios.  “We hope to see it all.  We’ve created a world chock full of chainsaw-wielding arachnid-bots, diesel-mechanical gorillas, and fire-breathing bull-dozers that exist in an industrial land full of oil, rust and spare parts. The door is open to add even more members to this motley crew, and we want to grow the robot army by letting our fans design and vote on who we should be blowing up next.”

Demiurge released four concept images to help give players a better idea of the design process, and help stir their creative juices.

and if that wasn’t all, they also put together a trailer for the contest…

Demiurge studios is putting its first foot forward with this title. Even though the studio was founded in 2002, “Shoot Many Robots” will be the first original IP. Prior to this, Demiurge has made a name for itself, doing work to help big developers like Gearbox, Harmonix, Epic and Bioware on some of the industries biggest AAA titles.

“Shoot Many Robots”  looks to be an interesting XBLA title, being described as a mash between ‘run and gun’  and action RPG. The game will also support four player co-op and will be released sometime this year. With the ability to upgrades weapons and items, and the ability to “murder your toaster”, this has the makings of a solid title.

Keep your eyes here at xblafans.com for continued coverage on all the latest and greatest coming to the  Xbox Live Arcade.