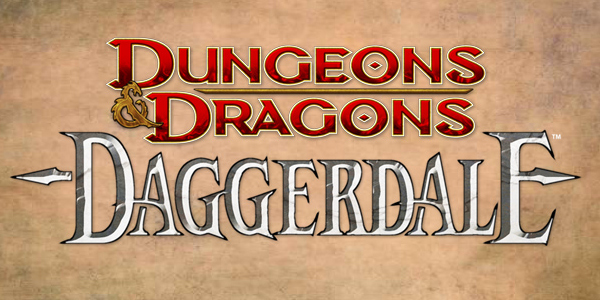 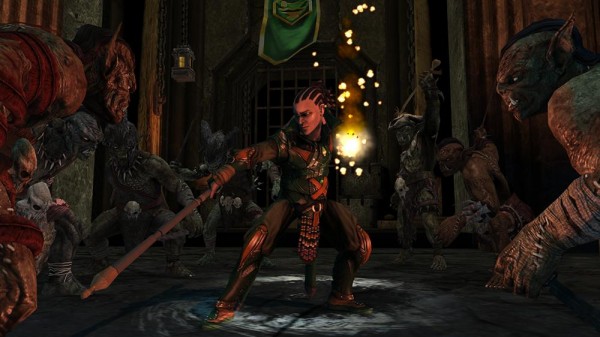 Loot everywhere – For all of the missteps this game takes, glimmers of hope are scattered across the fictional universe. The most notable being a competent loot system that has you questing for more swords, shields, armor and other contemporary dungeon crawling facets. The item management system does a decent job of allowing you to keep track of all of your finds, and the game allows you to sell forgettable items via the the in-game menu, eliminating the annoyance of having to sell unwanted items at a vendor. But players should be warned because this title isn’t an endless loot fest, merely a brief experience with limited loot to acquire similar to XBLA’s Deathspank and its sequel. Players looking for the next Torchlight will be disappointed.

Action-oriented – While some dungeon crawlers are slowly-trotting grindfests that require a huge time investment to breach what most players deem the “good content”, D&D: Daggerdale is more action-focused than its competitors. This may upset D&D purists, but for those looking for a quick fix in the action genre, this game might be right up your alley. Just don’t expect depth.

Online co-op – The game features a moderately functional online co-op component that allows you to take your single-player character online with up to three buddies for some hack n’ slash action.  When it doesn’t lag to the point of being unplayable it is a fun diversion. Keep note, the co-op consists of missions taken directly from the single-player adventure so no new content will be discovered there. 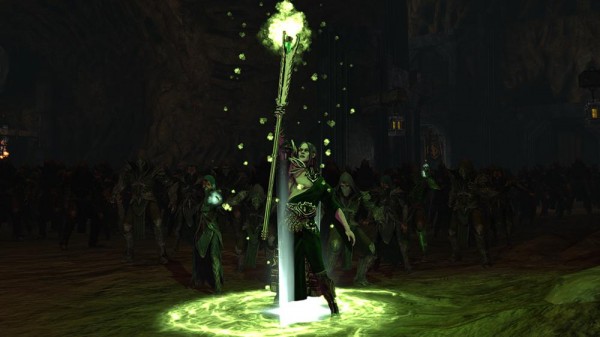 Glitches – D&D: Daggerdale is damaged beyond belief. During our review, our character catapulted almost above the map during a simple quest seemingly out of nowhere. Other times, our character was unable to damage an enemy during an attack. It wasn’t due to a Fallout 3 hit detection system but merely that our attacks weren’t registering. And because some enemies possesses God-like abilities at lower levels, it can make combat frustrating. The developer clearly needed more time to address these issues before release.

The dwarves – This may seem like an odd complaint, but someone in the sound department should have caught this obvious quirk: NPCs in the game don’t have voiceover work, so you’re forced to read their boring text. What makes the scenario worse are the overlaying “grunts” that accompany the text while the NPC relays a quest to you. It sounds like a poorly impersonated version of an ancient caveman, and you’ll be hearing it a lot. If dwarves sound this bad, no wonder the opposing forces are trying to annihilate them.

Cliches – The game features four classes: halfling wizards, elven rogues, human fighters and dwarven clerics. Each class has its different perks and fighting abilities, but when coupled with a weak fantasy plot that never fully takes off, different classes are more than this game needs to set itself apart.

Unbalanced – It takes an unnecessarily long time to level up in Daggerdale, even at lower levels.  It seems like the developer did this to accommodate such a short campaign.  But you will feel underpowered for the majority of the game.

The ending – Without spoiling the conclusion, we can safely mention the absurdity of the final boss and how it parallels the ridiculousness of the entire game. You’ll think its a joke, but it’s not. The game ends absurdly and abruptly. You can replay the game using another class, but little incentive is there to have dedicated players to come back for more. 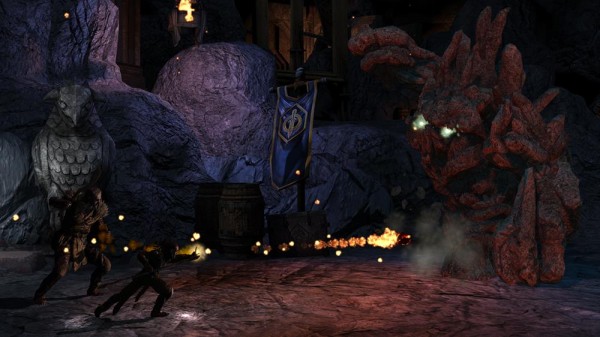 Here at XBLAfans, we appreciate the efforts of developers that don’t have a blockbuster-like backing by a huge publisher, but when a game as bad as this is released we can’t help but point out its flaws. Even for D&D fans, there’s little here to warrant purchase, let alone a playthrough of the trial. We recommend purchasing Torchlight if you have a dungeon crawling itch. Stay far, far away from D&D: Daggerdale.

This glitch filled adventure fails to deliver on almost all fronts.  The graphics are dull and the combat is uninspired.  There are so many bugs that the game borders on being unplayable.  Even when the game is playing properly it does very little to keep you interested.  It’s a real shame because it seems like some care was put into implementing the complicated D&D role playing system into the game.  It has been a long time since we saw a good, officially licensed D&D game. Unfortunately Daggerdale does nothing to fill that void.