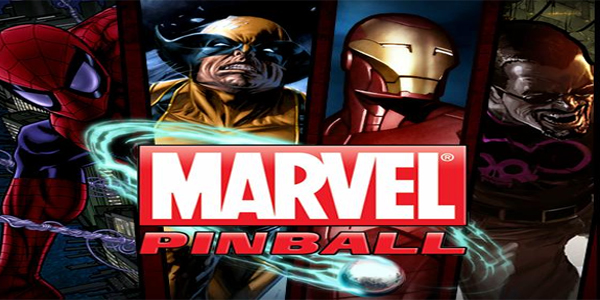 Zen Studios announced at Comic Com that a Ghost Rider table would be coming to Pinball FX2 this winter. After sifting through our entries and then entering some contestants in the randomizer, we have our winner. Commenter, GPman was chosen as the winner of the Marvel Pinball starter pack. We would like to thank you all for participating in this contest. We would also like to remind you that we do tons of daily contests on twitter, so make sure you follow @XBLAFans for more chances to win great XBLA content. Thanks for all of your support!

This Saturday, July 23, Zen Studios is set to make a huge announcement at Comic-Com about the next Marvel Pinball themed DLC pack coming to Pinball FX2 on XBLA. Not much is known at this point about what the download will include but it will definitely be Marvel themed.

So here at XBLAFans we are going to ask you, the community, what you think Zen Studios has planned for the franchise. Just below this article, add a comment predicting what you think could be the answer. It could be any name in the Marvel universe, so think it through, there’s a lot to choose from. Also include your twitter user name with your prediction. That will allow us to deliver the prize quickly and that’s a good thing.

The prize is a Pinballl FX2 Marvel starter pack that includes the following table downloads: Marvel Pinball, Fantastic Four & Captain America (a $16 value). The rules are one comment per person and if multiple community members guess correctly, the winner will be chosen randomly from the pool of correct entries. You have until 10PM Eastern Time on Friday, July 22 to get your entries in. Good Luck.

For additional chances to win single download codes for either Marvel Pinball, Fantastic Four or Captain America tables, make sure you follow @XBLAFans on twitter where we will be dropping codes through various contests throughout the next couple weeks. And while you’re checking out our twitter feed, why not give our good friends @zen_studios a follow since they are the ones making this contest possible with their generous code donations and their awesome Pinball FX2 additions.