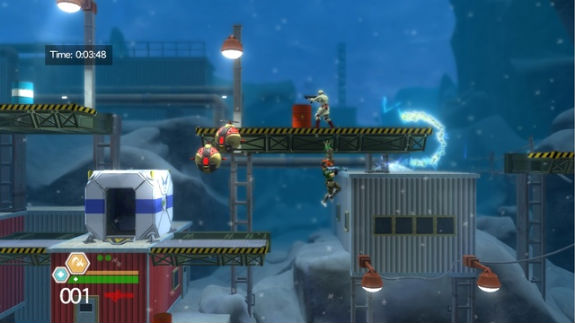 Bionic Commando purists who were put off by Bionic Commando Rearmed 2’s new jump ability can be at peace – MTV revealed this week that the game’s “Retro” difficulty removes the jumping ability altogether, requiring players to use the old hook and swing maneuver from previous Bionic Commando games.

However, according to MTV’s report, BCR2 was designed with jumping in mind, and that the game’s difficulty takes a sharp turn upward with it turned off. The Retro Difficulty sounds like it is probably meant for purists and obsessive completionists looking for a challenge, but most players won’t even try it.

Anyway, jumping aside, here’s some cool gameplay footage of one of the game’s boss battles, the MegaCopter.