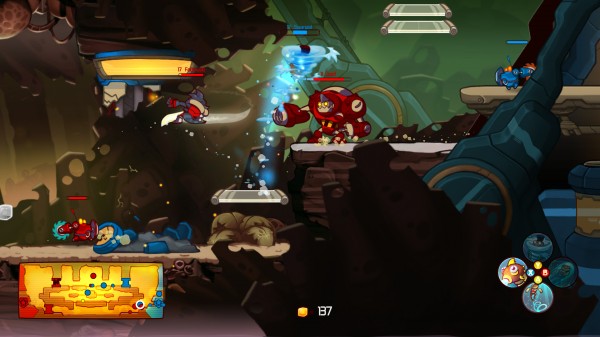 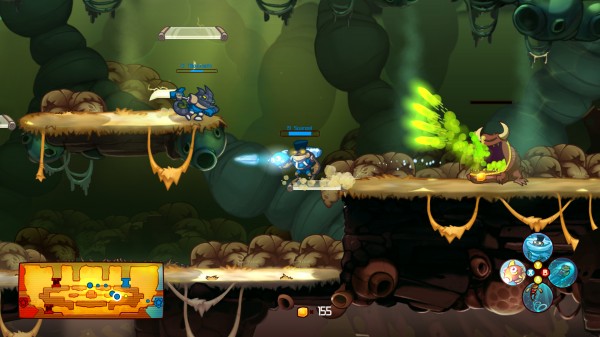 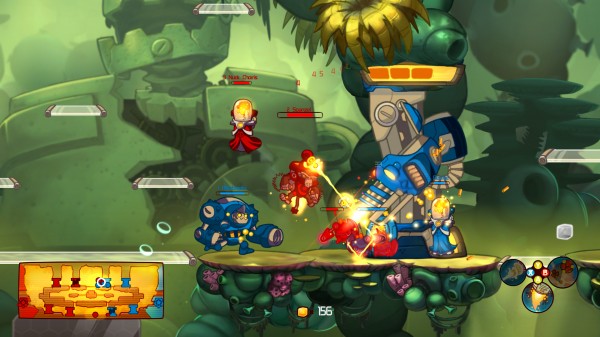 The game features the most awesome mercenaries in the galaxy in their fight for territorial supremacy. Awesomenauts brings Russian monkeys with jetpacks, giant robots, and lots of other mighty aliens to the two-dimensional console battlefield. Combining classic platforming-action with modern online multiplayer functionality, the action-packed gameplay offers everything the 16-bit generation and modern gamers love.

“We are thrilled to surprise the world with Awesomenauts at E3, and look forward to announcing further details then. If MOBA games and classic animated series were to have a baby, this would be it!”, says Jasper Koning, co-founder of Ronimo Games. “They don’t make ’em like this anymore!”

Awesomenauts will be shown for the first time at E3 from 7th to 9th of June. Please contact Edith Yang (edith@sandboxstrat.com) to schedule appointments.

Ronimo Games is a development studio based in Utrecht, the Netherlands. Staffed by the team that created the original incarnation of de Blob, Ronimo Games is focused on creating innovative, high-quality games that appeal to a wide audience. In 2009, the studio released its critically-aclaimed debut title Swords & Soldiers, for Nintendo Wii, PSN, and Steam. For more information on Ronimo Games and its games visit www.ronimo-games.com, or contact Robin Meijer at robin@ronimo-games.com.

dtp entertainment is one of Germany’s largest independent games publishers and has been in the industry since 1995. The company headquartered in Hamburg/Germany employs more than 150 people worldwide. dtp entertainment develops and publishes games internationally for all interactive entertainment platforms.